He’s the most celebrated fashion icon of our time, East London’s prodigal son, Alexander McQueen. A revolutionary who accelerated the industry to warp speeds only to be met by a dire fate, his own personal demons.

The documentary McQueen, which is released in cinemas in June, will surely become the definitive biopic of a man who tore through the industry violently and restlessly. Inspired, motivated, combative at times and funny, McQueen had a real zest for creating and for pursuing his passion from the beginning, the stars it seems were aligned from day one.

“This is more a movie about the dark recesses of the fashion industry than a visionary and icon.”

The movie plays like a mini urban opera is set to the brilliant music of Michael Nyman, staged in five acts it builds and falls to a crashing crescendo.
McQueen starts out as the quietly focused working class apprentice at Saville Row tweaking suits plying his trade only to quickly become agitated yearning for more. He leaves the stuffy suit world behind penniless and on job benefits making way for London’s glitzy fashion college Central Saint Martins where he is quickly uncovered by style legend Isabella Blow, the rest, as they say, is history. She turns him into her protégée of sorts, they quickly formed a very close complicated bond and from there she watches his star rise from the front row. 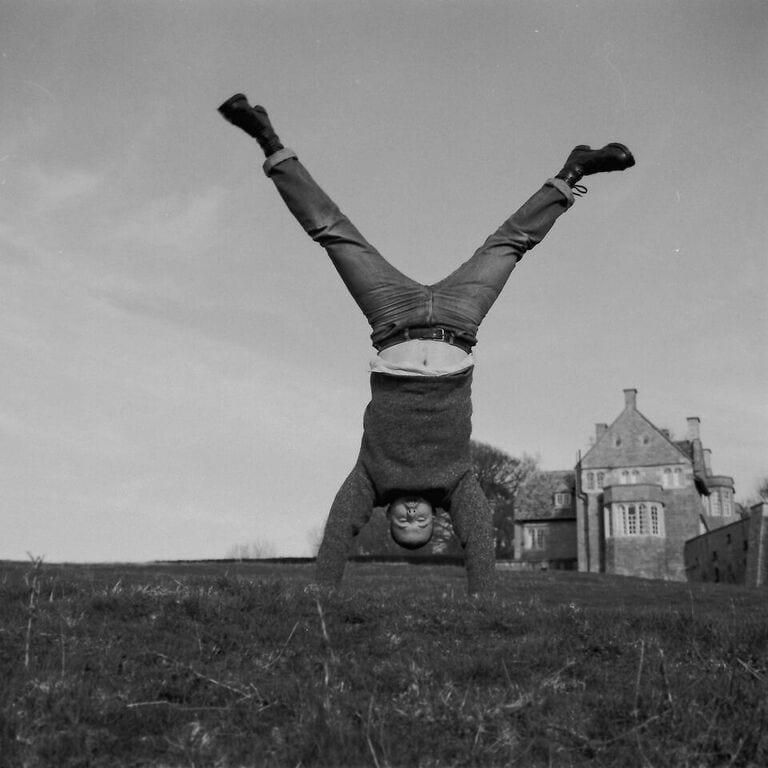 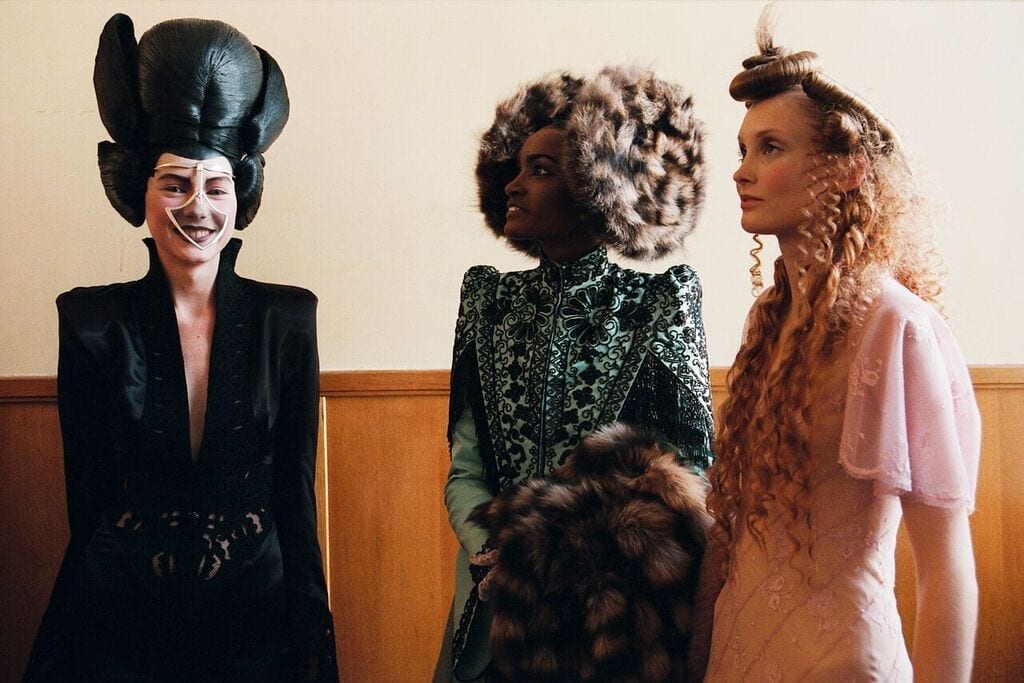 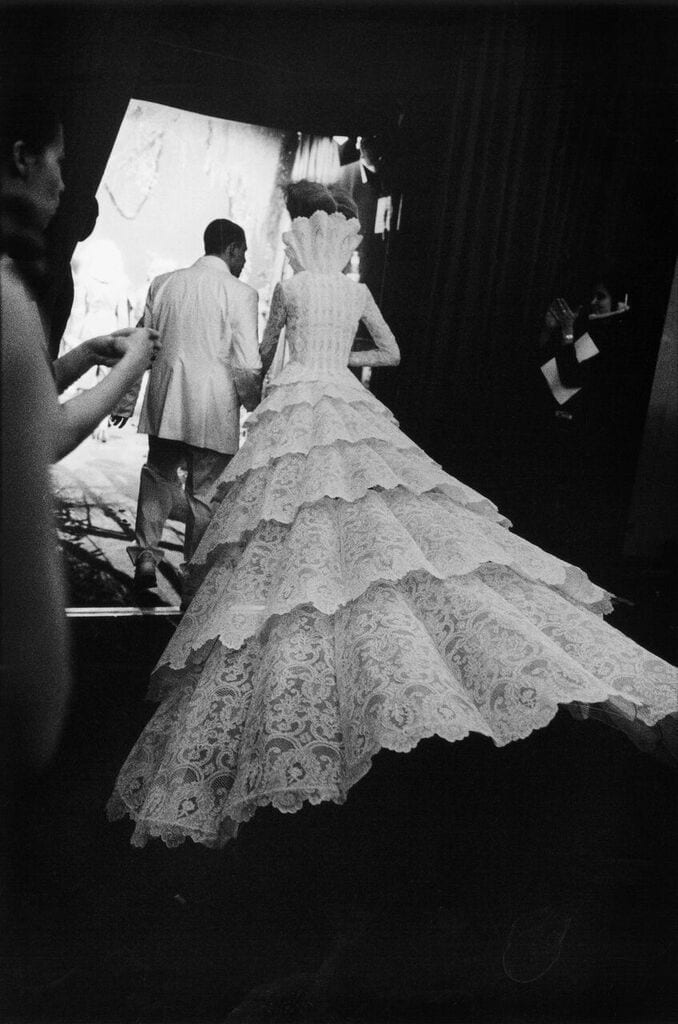 This is when the drama begins, at Gucci and Givenchy’s behest, McQueen takes on the role of creative director forming his own unique universe.  Friends and colleagues around him like Janet and Gary McQueen, close friend and first assistant designer Sebastian Pons and Detmar Blow, friend and husband of Isabella witness him transform from funny & light-hearted novice to erratic burnt out genius.

The real magic in this film is how it reflects a truly broken work culture in the fashion industry amongst all the excess and pomposity, the film rolls back the curtain to reveal an industry that prays on youth and success like vampiric blood. At no point does anyone take on the role of nurturer for McQueen, not even Blow who eventually takes her own life citing aging as one reason for doing so, this in turn devastates McQueen in the first of two traumatic blows. 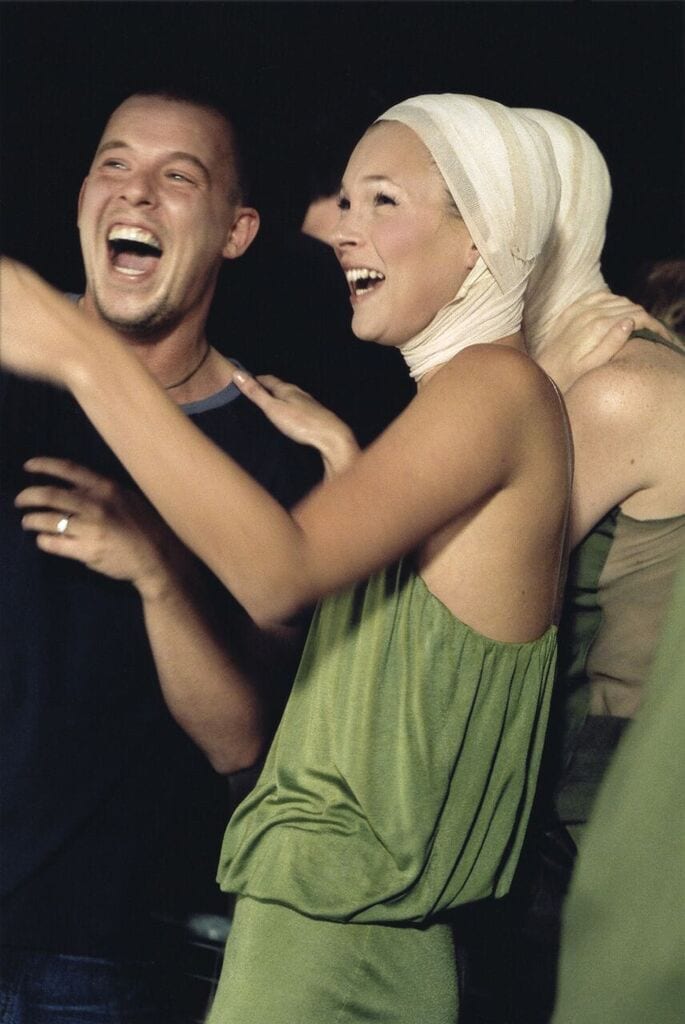 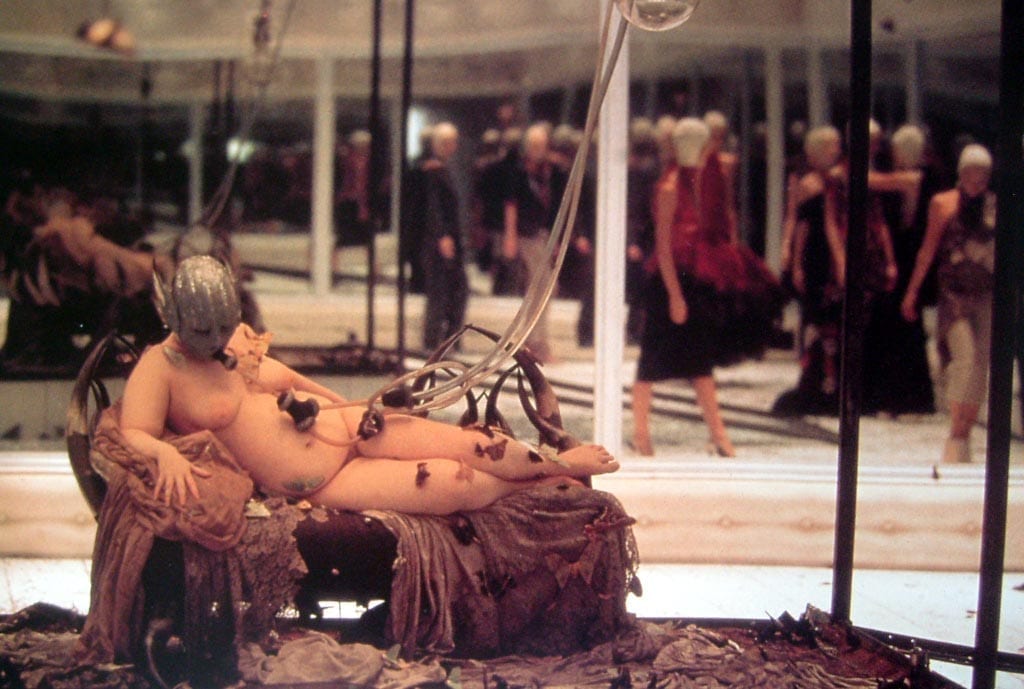 McQueen finds himself gorging on drugs, fueled by paranoia and desperate for some downtime. It’s a poignant and deeply disturbing portrayal of a troubled soul, but the fashion industry has only itself to blame.  His creations towards the end of his very short career reflect a morbid outlook on the world, more so than anything reflect a man fed up with the industry but unable to vocalise his disgust. This culminates in one of his most iconic runway images where a large lady on a ventilation machine emerges out of a perspex box surrounded by skinny models.

“It’s a poignant and deeply disturbing portrayal of a troubled soul.”

His raison d’être was to digest what he saw in his own life, the wider world or in the industry and throw it back at you. That was the beauty of McQueen, real truth. His shows were viscous and culturally of their time but more than anything they were politically motivated. The breaking point for McQueen was when he lost his mother. He was exceptionally close to her and at the time of her death, he was HIV positive, heavy into drugs and mentally unstable.

This is more a movie about the dark recesses of the fashion industry than a visionary and icon. Had he the time to visit a therapist, cut down on his ridiculous work schedule which included 14 collections per year and perhaps start treating himself a little better none of this might have happened, let’s not romanticise his death. We all know of record-breaking million people that came to the V&A to see his posthumous exhibition, we all know of the hedonistic charm McQueen had, but what we should really focus on are the massive questions that loom large over an industry that is obsessed with mirrors but isn’t able to collectively look in one.

McQueen will be released in cinemas on June 8th through Lionsgate.

All images courtesy of McQueen