With Nike astounding the sports world last year with their incredible Breaking 2 record, they now introduce us to a pair of sneakers that are set to create a cushioning revolution. They’re called the Epic React Flyknit and Nike are banking on them as a running shoe for almost anyone. 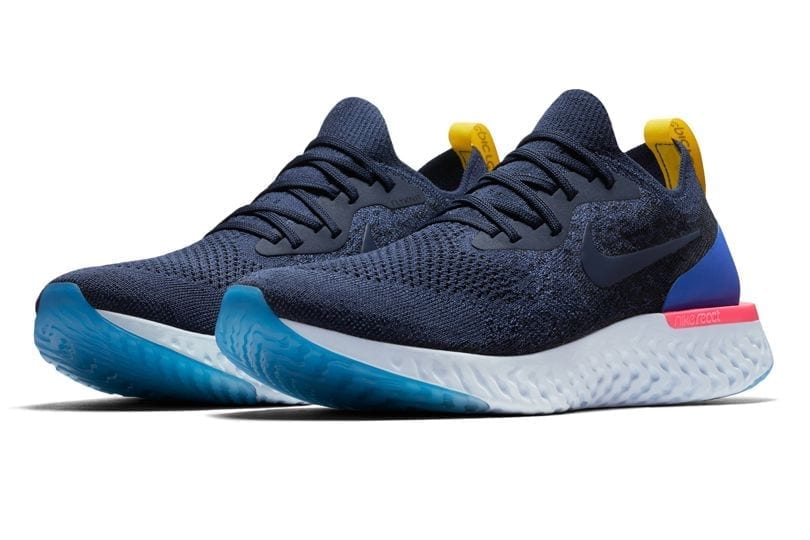 Weighing in at a mere 239g for men and 195g for women, there is an enormous amount of engineering behind these sneakers – 17,000 miles of testing by elite runners to be precise. With the gap between technology and sportswear clearly starting to blur, buzzwords like algorithms and engineering are now being used much more commonly throughout the sportswear world these days.

The shoes are based on 400 secret chemical compositions and iterations, (we asked what they were and they told us that remains under wraps) which has all allowed Nike to give runners 20% more longevity in their shoes and 13% greater energy return. Besides looking clean and compact, the soles of the Nike Epic React possess a woven appearance that almost look like they have has been 3-D printed. 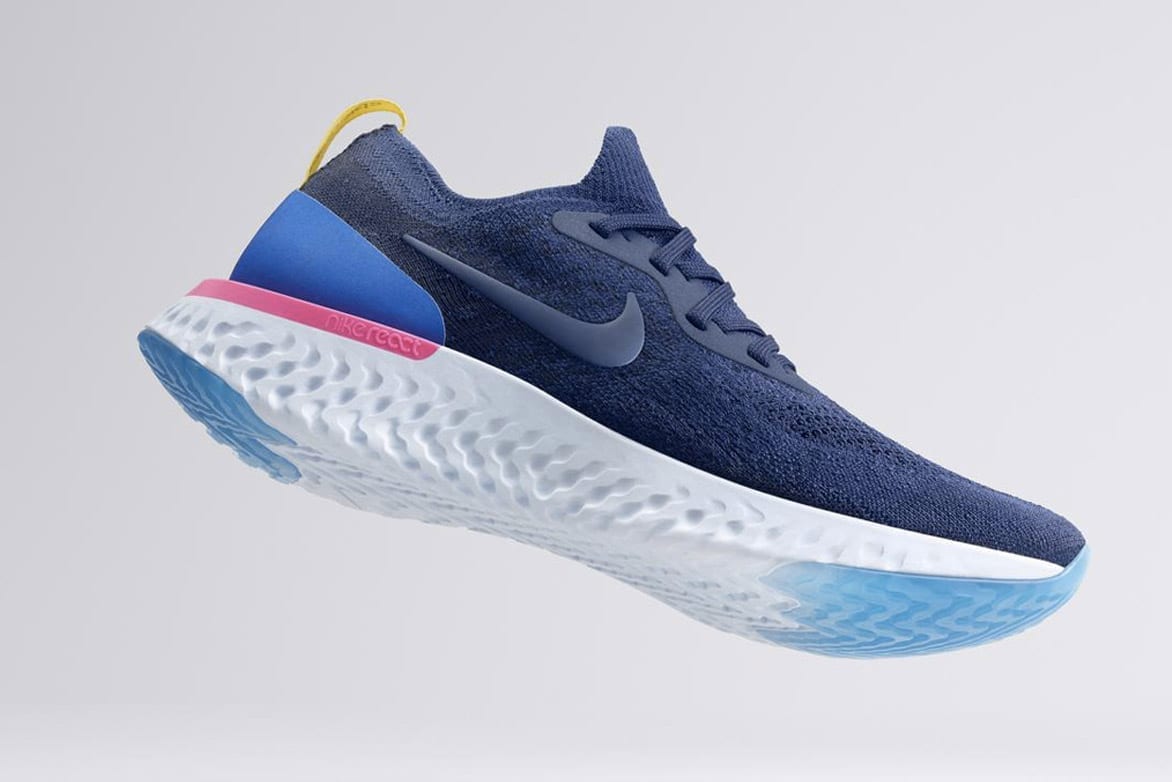 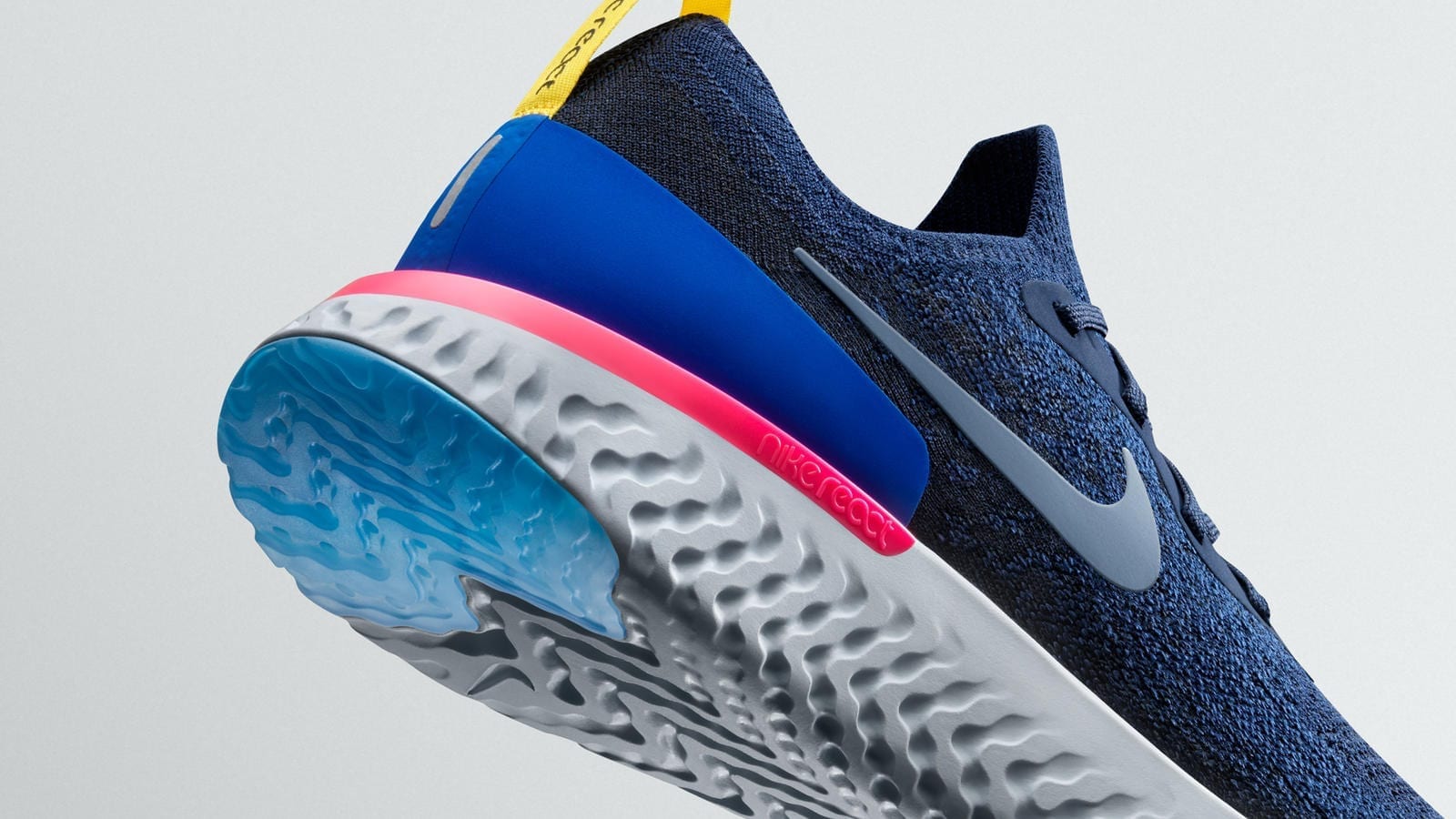 We asked Bret Schoolmeester, Nike’s senior director for global running footwear, about where this relationship between design and technology is heading. He told us, “There is a big future in computational design. In fact, we can target our computational design towards different aspects such as stiffness, traction, cushioning. Having said that, comfort is probably our most scientific guide, what feels right for the athletes.” We can attest to this, it certainly ticks the comfort boxes. 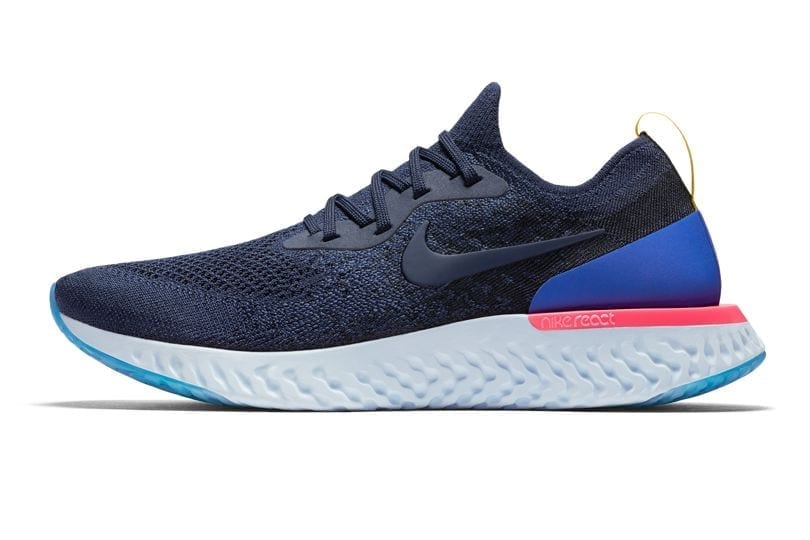 In a market where competition between sports shoe companies remains fierce, their main opponent right now is the Adidas Boost, there will be no compromise on product quality and that definitely shows within these shoes.

Schoolmeester tells us of Nike’s high points over the last few years in these departments,  “We made a Scouting Combine shoe for NFL players based on data and algorithms and it was that good it was eventually banned.  And in Rio, we made the Superfly Elite, with the lightest stiffest plate possible, which won more medals than all of our competitors combined.”  The Epic Flyknit React sounds more like it emerged from an MIT Lab rather than a major sports house,  but it certainly has put Nike in the driving seat of innovation. Over to you technology.

The Nike Epic React, £130. Available from the 22 February at nike.com