Are you aware that you lie? In fact, you lie quite a lot. You probably never think about it, but one data scientist out there does. His name is Seth Stephens-Davidowitz and he is a Harvard-trained economist, former Google data scientist, and New York Times writer.  In his groundbreaking work released this month, Everybody Lies: Big Data, New Data, and What the Internet Can Tell Us About Who We Really Are, he comes to the eerie conclusion that what we search on Google tells a rather more startling almost sinister story about who we are behind closed doors.

Google Search acts as the ultimate lie detector, filtering out all those little white lies we tell in our daily lives just to fit in. This is incredibly cutting edge research that could have a real effect on the societies we live in and paint different portraits about who we are not just fractionally but marginally.  While the picture painted of us by these results is pretty bleak, it is also unifying, displaying our joint hidden desires, implicit biases and unhealthy thoughts.

There are roughly 3.5 billion searches per day around the world,  Seth took several years to unpack some of them gaining an insight into some of these bizarre search correlations and what they say about us. 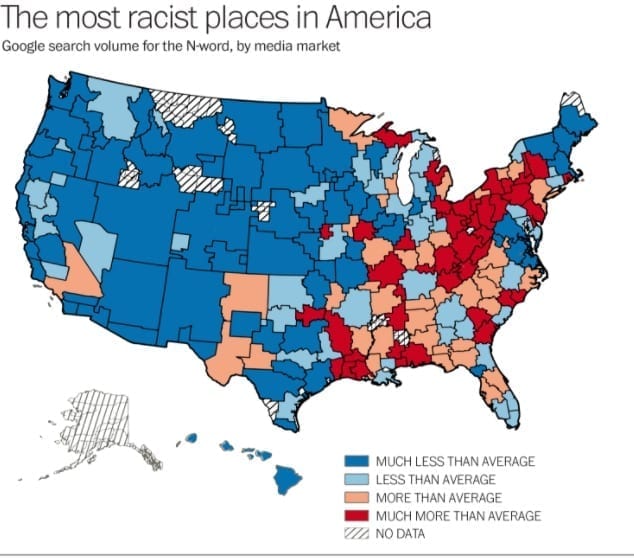 Secret racism in the United States

It appeared in places that I wouldn’t have guessed such as in the North like Pennsylvania, Ohio, Michigan and upstate New York and how predictive that can be of voting patterns. I was doing all this research into Google and I was shocked to see how frequently people were using this racist word, the N-word, on Google. Originally I thought it must be rap lyrics but then I found that when they were searching for rap lyrics they tend to use the version ending in ‘a’, so instead this was mostly jokes mocking African Americans. I think that I was just shocked by how frequently people were making this search and then I was also surprised where these people were based. Around the same time I read a paper by a Berkeley economist that was using survey data and concluded that racism didn’t play a big role in Barack Obama’s election in 2008, so I thought since this is something that people might lie about then maybe the Google search data will prove something different. And it definitely did, it showed very clearly that racism was a big factor in peoples’ voting decisions.
If you look at the places that were highest, they were pretty much all east of the Mississippi River, and then the places that were lowest were mostly west of the River. And this divide has repeated itself in interesting ways, like in Donald Trump’s support in the Republican primary there was also an East vs. West divide and the research has found that the racism in Google searches was the strongest predictor of Trump’s victory in the Republican primary. So I think the same hidden racism that hurt Obama also helped Trump.

I’m pretty sure the United States has a self-induced abortion crisis based on the data I’ve looked at. If you compare the searches for abortion clinics and legal abortions with self-induced abortion, Eurasia is only about 3-1 in favour of legal abortions, which is a lot lower than I would have guessed so a lot more people are looking to do abortions by themselves. If you look at when and where these searches are highest, they have grown substantially since 2011 when America started to really crack down on legal abortion, so there is a high number of searches in Mississippi (the state where it is probably the hardest to get a legal abortion) with only 1 abortion clinic open. So I think it’s clear that this has been one of the effects of making it harder to get a legal abortion in the US.
I think if you look at official data on birth rates and abortions in the United States, the evidence is missing pregnancies in places where it is hard to get an abortion. Basically, they have a lot fewer legal abortions, but it is not matched by an increase in live births. It’s pretty clear that many women in the US are doing this by themselves now. But actually, not all of these methods are the most dangerous, a lot of people are using these black-market abortion pills that are pretty effective but might be a little bit dangerous. 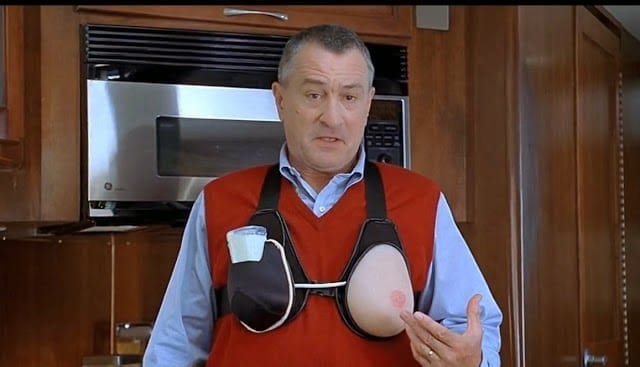 Seth told Freakonomics radio last week: The top search that starts [with] “my husband wants” in India is “my husband wants me to breastfeed him.” Literally, after I published that finding, they started interviewing people in India about this finding. Nobody knew about it. Doctors are like, “We’ve never heard of this.”
There seems to be a trend where males want to be breastfed. I think what this trend shows is that there are maybe things that people desire or do in the privacy of their own home that we don’t know about because they are considered embarrassing so nobody talks about them. I think it also shows that there can be big differences between countries and it’s unexplained why this is so much more popular in India than in anywhere else but that’s an area for further research. You kind of spend hours and hours looking for things and then most days you come up empty-handed, but occasionally you find a nugget, so in my field of work, I guess this one was like finding the cure for cancer. 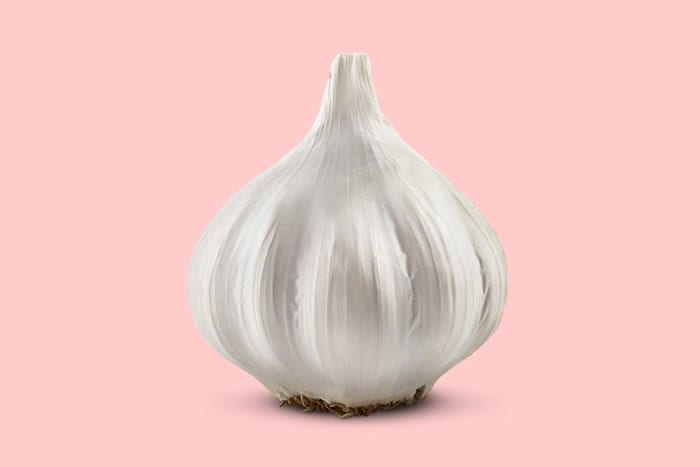 I found in the data, not surprisingly, that men make many searches concerned about their penises. Not surprisingly, their overwhelming concern is its size – and anyway they might make it bigger. But I was surprised to learn that women make nearly as many searches concerned about their vaginas as men do about their penises, and the main insecurity women have is vaginal odours. Initially, since I am an immature person, I wrote about this finding in a jokey matter, I listed all the odours that women fret about, for example. However, I have since come to learn that this is no joke. If you see the returns for these searches, they include many message boards where young girls write, scared that their life is ruined over their vaginal odour. I do not think it is extreme to say that there have been young girls who have committed suicide because they were paranoid about feminine odour. Currently, this issue is rarely discussed in sex ed. I am talking to people in sex ed, about incorporating this information into the curriculum.