In this day and age, it’s amazing that women’s rights still remains a vital topic of discussion in society. Art can reflect the inequalities we see in the world, with sometimes vicious and humorous curiosity. Enter Rossy De Palma, Spanish actress and muse of Pedro Almodóvar and Jessica Mitrani, a Colombia-born, New York-based visual artist, who together channelled their inner feminist activists into a new play that premiered at Dallas’s Soluna International Music & Arts Festival recently. Titled Traveling Lady, this short multimedia piece explores the factual life of one Nellie Bly, a 20th-century explorer who set out to become the first woman to travel the world solo in 72 days, becoming a forward-thinking inspiration for women across the world ever since. This isn’t the first 19th-century female hero ahead of her time that we’ve covered, it seems women such as 19th Century anarchist Louise Michel was also tinkering with the idea of smashing the glass ceiling even back then.

A true pioneer, Bly wanted to show women that they could think for themselves, travel on their own and ride their way into the future. All they had to do was change the way they thought about themselves. 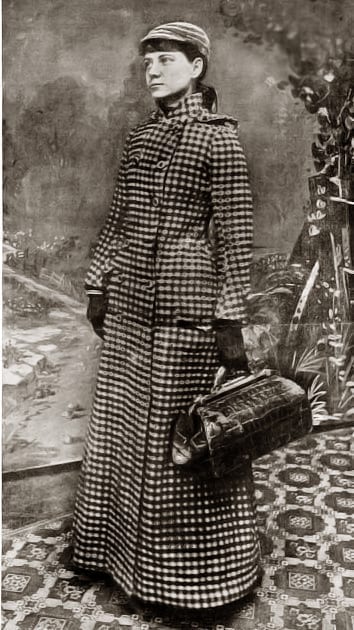 A photograph of Nellie taken by the New York World newspaper to promote Bly’s around-the-world voyage.

At the time this journey was an incredible feat and something that had never been done, but back then Nellie was looked down upon for her grand dream. Disturbed by the patriarchal forces holding her back, the play investigates the cultural and societal repressions that to this day hang over the heads of women everywhere. This piece is a labour of love for both artists, weaving political commentary in and out of the play.

We sat down with Rossy de Palma to get an insight into how the play evolved, what inspired her to create such a dark and surreal ode to Nellie and what hangs in the balance for women today.

How did you meet Jessica and decide to collaborate?

We met about 4 or 5 years ago because Jessica was making a film called La Divanee and she wanted me to be the voice of it. So I went to New York to do the voice over and some of the images as well. We also had a friend in common, a Cuban singer who put us in contact, and it was like love at first sight. I love Jessica and we are really like twin souls.

So maybe you can give us a background of how you came up with this concept around Traveling Lady?

For me, it’s like a masterpiece. I am like an instrument, a violin or whatever, for Jessica Mitrani. All of this creation is from Jessica Mitrani’s point of view and her imagination. Each time I play the show or see the film, I find more elements to think about. I guess it’s a very feminine show, and each woman is a triplet.

What do you mean by that?

Women are very complex, but we don’t know ourselves yet, deeply I mean. Because this whole generation has been fighting for the same rights as men and trying to make a lot of sacrifices for other women, like our ancestors. But also the mirror of the men is always there, so of course, I ask for the same amount of money that men get for the same job. Even Meryl Streep is asking that, which is amazing. But I guess now in this revolution, women need to stop looking at men as a mirror image or in comparison, instead, we need to come into ourselves and work on knowing who we really are.

Women in this generation, we’re always outside of ourselves, taking care of kids and family, all of these sacrifices, and putting ourselves last in line. But now we are learning to live without men and now it is a choice if we want to be in a couple – with a man or another woman – but sentimentally we feel free to be alone.

In Jessica’s work, Nellie Bly dares, in that time, to say to her newspaper director that she wants to go travelling around the world and of course he says absolutely not. Even for women now who say they want to go travelling on their own, everyone tells them that they have to be careful, so imagine at that time? 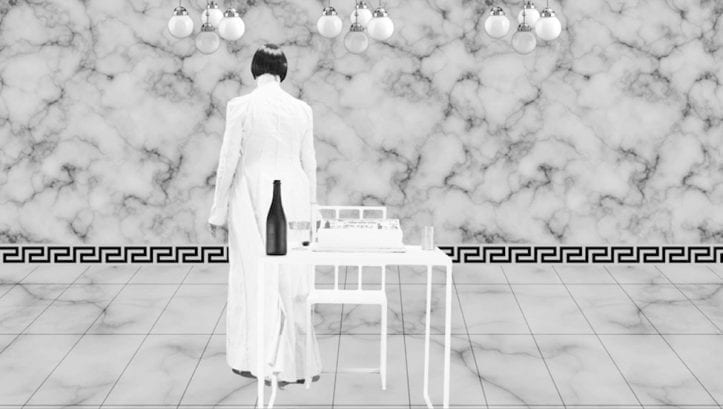 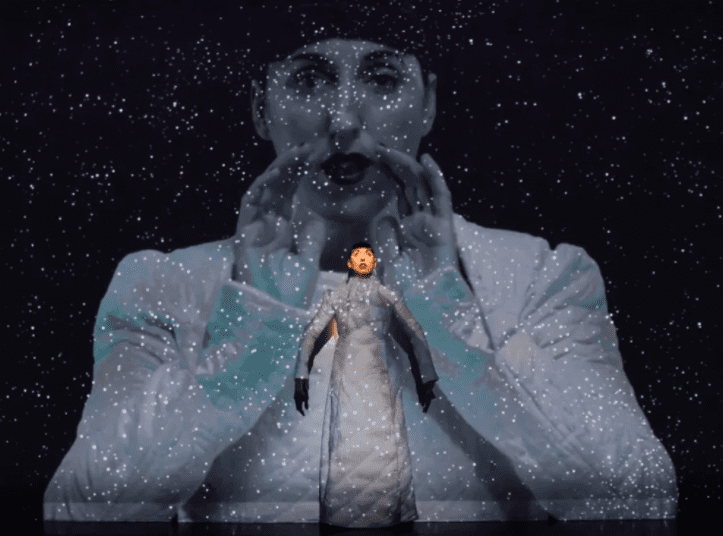 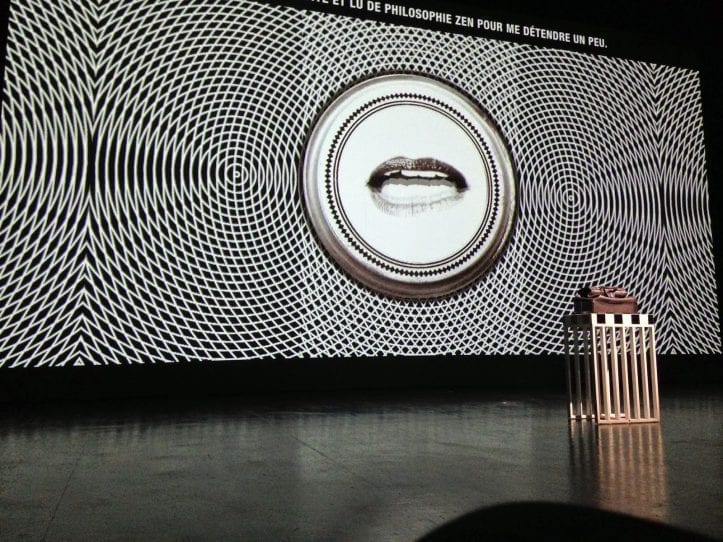 So it’s based on a real person?

Yes, Nellie Bly was a real person, a journalist. And even when her boss told her it was impossible, she challenged him a bit and told him she would move to another newspaper so eventually, he said he would make it work. So Jessica took this starting point of how brave Nellie Bly was, her curiosity to discover new things and to be powerful for women because to pave a new path you have to be brave. She took that starting point but the most important thing we have to remember is the different types of women inside us – the mother, the lover, the worker. All these different women we have in ourselves we have to put in balance with this schizophrenia and hysteria.

When I was a little girl my father used to tell me that I was ‘worldwide’.  I don’t believe in religions, human beings invented them so we didn’t come like that. I respect people a lot that find comfort in their religion but I don’t believe in it because it is a human invention and the boundaries are the same – one country believes this and then another one that. Spain is just a little bit away from Africa but they are not considered the same and I understand that is the way things work but I don’t believe in it because for me it is not organic or real. Nobody here came from Mars, we are all terrestrial, so when something happens to someone on the other side of the world, I feel as if it happened in my neighbourhood.

There were some really great quips like the one about men being able to travel because they have luggage whereas women have baggage… that’s one of my favourite lines.

Yes, this is a cliché. Even at that time, there are a lot of things that women could not do because they are women… these are the clichés that we really have to liberate. It’s a metaphor for when people say a woman can’t do things now because it makes you want to be like Nellie Bly and turn this handicap into an advantage. Women are survivors, so we have to keep going and not take things personally because that is a waste of time and energy. If someone treats you badly, you can’t let that bad energy in by feeling bad about it, instead you should think about what made them act that way so that you leave the problem with them. That way you are protecting yourself and we have a duty to protect ourselves, our dreams and our beliefs. This is the work that women are now beginning to do because until now it has been in our DNA also to underestimate ourselves.