We are all aware of the opinionated swamp that is social media. Divisiveness, isolationism and hate speech are all endemic to both right and left ideological channels across Facebook and Twitter.  It’s a problem that not only reared its ugly head ever since Donald Trump took office, but has been an issue ever since humans were able to manipulate public opinion.

However, in this new digital age, the ability to track and monitor the ideological split of the political divide has become that much easier thanks to visualisation tools.

New studies carried out on Twitter by MIT researchers, John Kelly and Camille François of Graphika, a social network analytics company now prove the level of partisanship contagious amongst not only social media platforms but also within the media industry.  We are now able to see clearly what tribalism or filter bubbles look like in the flesh.

In the first GIF, you are able to see a general snapshot of the divide on Twitter with more democratically minded voices apparent in blue and the same for the right.

But on closer inspection (below), Kelly and Francois show that whilst the right and left echo chambers are clearly visible to the naked eye, the middle is not as robust as you think and remains susceptible to exploitation from extremist views wherever they may come from. Basically, the left and right continue to scream at each other whilst, “the centre whispers.” The opportunity for more moderate or centrist voices has been eliminated across the American spectrum. 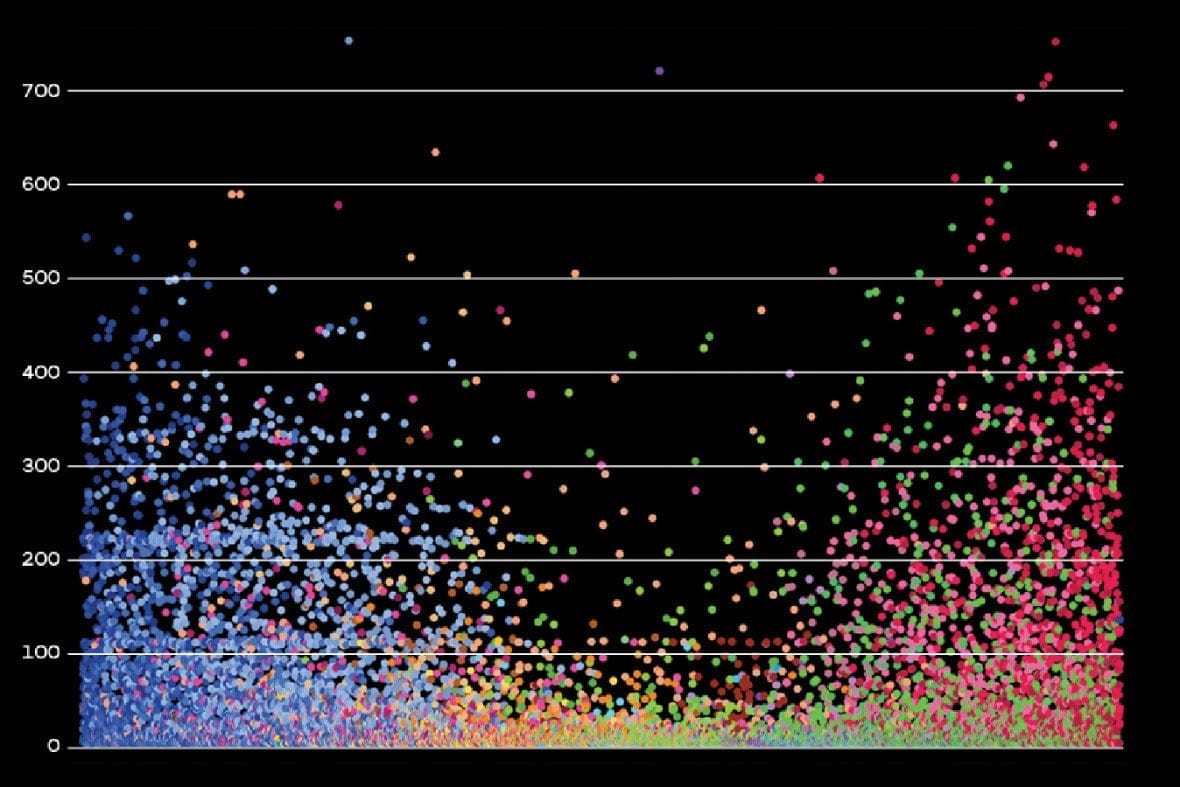 On the next map, you are able to see just how clear the divide is in the media as well between both left and right channels in America, the below is a collection of co-citations (who links to whom). With the loudest voices being from the NY Times, Washington Post & CNN on the left and Breitbart and Fox News on the right. 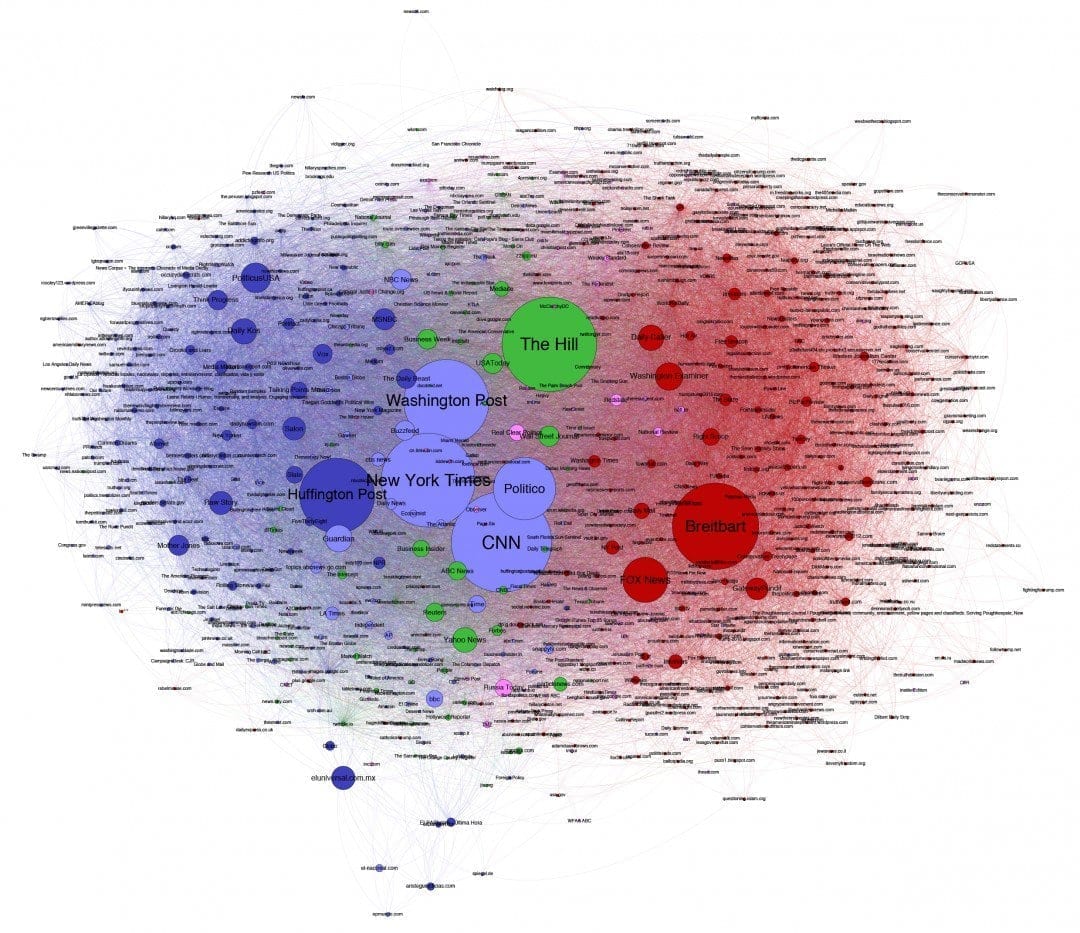 It has long been assumed that fake Russian trolls were able to interfere in the US election and now we can see from this data just how pervasive they really were and still are.

In this GIF below you can see what looks to be the account of a legitimate user – ‘a 30-something American woman called Jenna Abrams.’ She popped up around the 2016 elections, wedging herself right into the social media canyon. Researchers showed that once she achieved legitimacy in the community her sole purpose was to disseminate false information and divide people as much as possible, “amplifying divisive and inflammatory narratives that are already circulating.”

In the first image you can see a snapshot of the political divide visualised on the eve of elections in 2016, in the second image you can see the following she attracted throughout the elections, her polarizing views endeared her to the right and even led her to a public spat with a former US ambassador to Russia.

She was she was one of many fake personas created by the infamous St. Petersburg troll farm known as the Internet Research Agency.

In Russia itself something stranger takes place, instead of ideological divides, it is split more into pro and anti-Putin clusters, what is new and disturbing however is that around the pro-Putin camp a series of automated accounts and marketing channels can be seen in purple on the right. 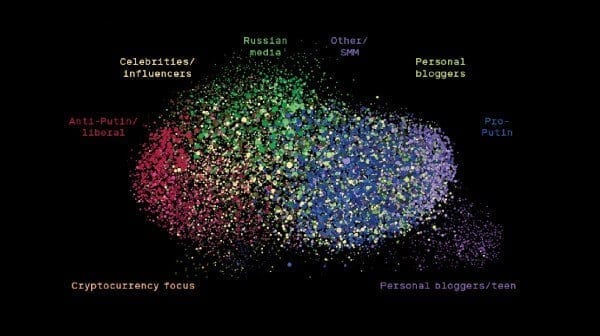 The data extrapolated proves just how systematic the divisiveness is across America, but Twitter’s ability to polarise isn’t happening only America but also in places like Turkey and Iran. For more info on the study head here.