Tel Aviv is one of those cities that happens to exist in isolation to the rest of the country. Think of Paris and France or New York and the United States. There’s a decipherable difference you gage when travelling throughout this tiny country. Tel Aviv spans just 52 square km, however, it’s a city that punches way above its weight class, that is in terms of catering to the internationally hungry and culturally curious.

An enormously popular hotspot for travellers in the last few years, in 2019 it experienced its most significant year in tourism, just shy of 5 million people. While a lot of people come to Israel for historical and religious education, Tel Aviv has become an unorthodox go-to hot spot. For some, an incredibly hedonistic paradise, for others, the allure of a booming tech scene. They say while Jerusalem prays, Tel Aviv plays. (As a footnote, the LGBTQ scene here is vast.) 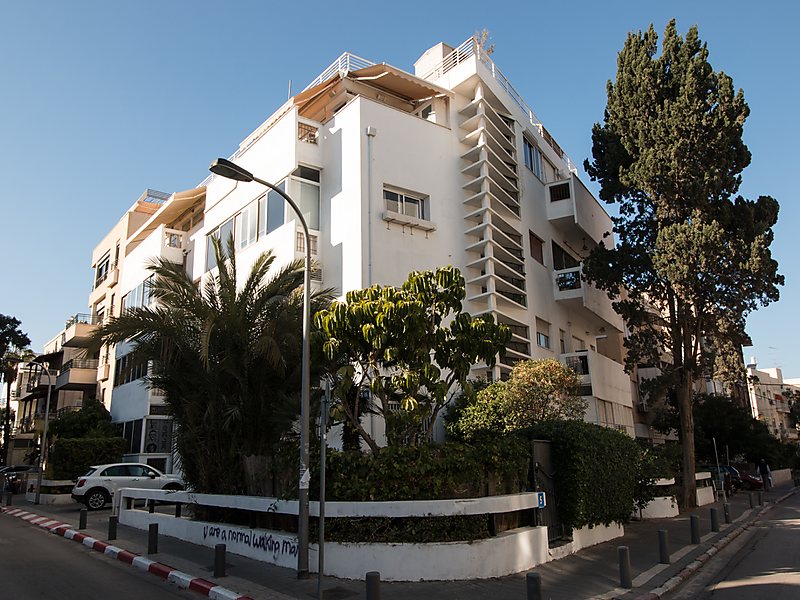 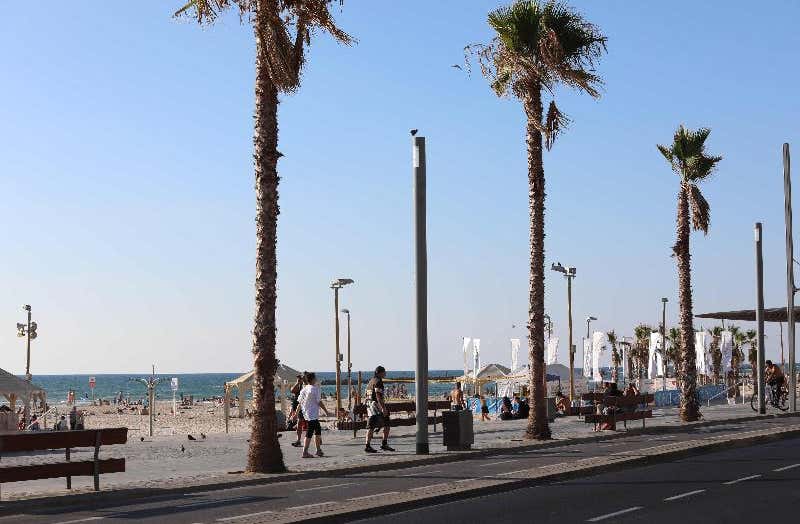 When you first think of travelling to Tel Aviv, trepidation creeps in, that’s cool, it just means you carry your wits with you. It’s a city that has experienced several turbulent periods in its modern history, but in all honesty, this could be one of the safest cities on earth. Its police rigorously patrol its borders and streets and the country is fortified by its Iron Dome, its all-weather air defence system.

Having said that, there is an optical illusion here; just spot the many student’s dressed as soldiers that dot the city, brandishing machine guns who remind you just how fragile that peace is. (Every male and female out of school has to do military service) It’s just a way of life here; one person told me that in March 2019, a rocket sailed over the city, and their sirens were triggered. No one cares, they are apathetic to turbulence, it is so consistent that you just accept it and go on living your life. 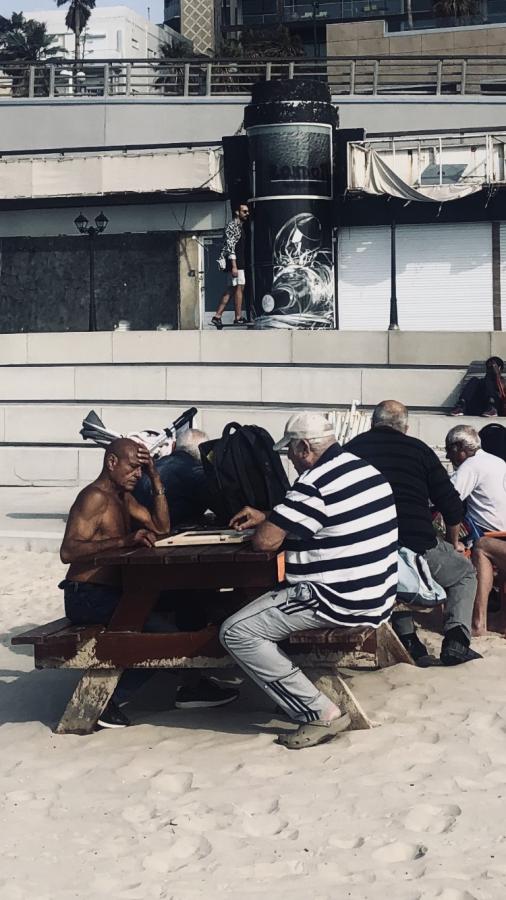 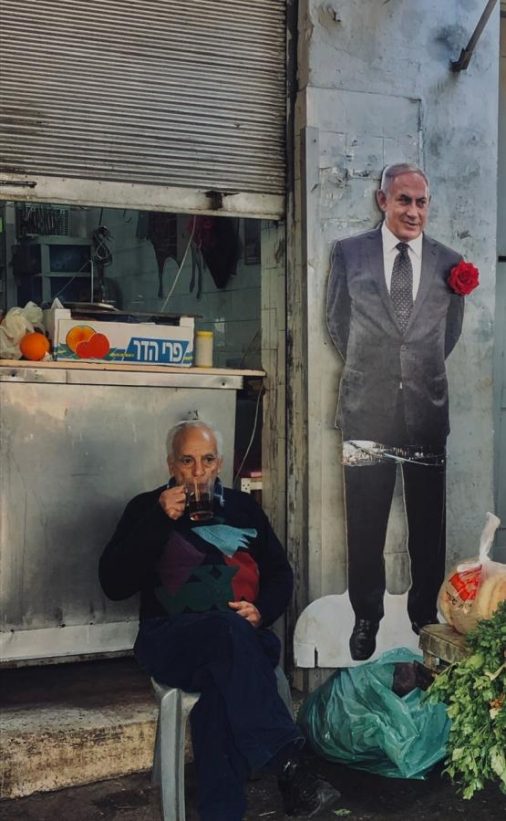 About a month before arriving here, the geopolitical genius Jared Kushner had only just rolled out his one-sided peace plan. It brought harmony all across this region. As one local put it to me, “hilarious – we’ve already forgotten about it.” As for the internal politics, Israelis either despise Bibi (prime minister Benjamin Netanyahu) as they call him or love him. We arrived one week shy of their third election in just one year. One local told me in confidence, “I wish he would leave office; he is no good for us.” Tel Aviv has this strange contrast between a defence state and a hippie state, there is a laid back atmosphere here, but it is a tense calmness you can’t quite put your finger on. My feeling is that Tel Aviv has done everything to encourage a sense that they are a separate enclave to the rest of the Middle East, they look towards Europe for inspiration, less so reflecting internally. You forget they are less than an hours flight from Cyprus, so it is more olive garden than Middle East flashpoint.

Tel Aviv gets 300 days of sunshine per year,  so if you want to see Tel Aviv, don’t tuk-tuk or bus it, just walk. Forget their main commercial arteries you can do that anywhere, head to their lesser-known quarters. There are several areas which need your attention; one is their beaches, set against a scenic promenade which hugs the city. Eventually, you will end up here, its where most people congregate, similar to Venice Beach. Although be mindful if you come here during winter/autumn, no lifeguard no swimming, we learnt that the hard way.

Try their UNESCO listed White City area, a Bauhaus mecca, 4,000 buildings designed in the 1930s. There is also the very soft on the eyes Neve Tzadek – basically, New York’s Brooklyn or London’s Shoreditch, it possesses all the boutiques, alleyways, cafes and bookstores that you need.
There is Old Jaffa; you will need an additional full 48 hours to do that. It’s the original Palestinian historic quarter absorbed into Tel Aviv with a considerable amount of exploring to do. The flea markets are where it is at.
Finally, if you can squeeze this in, the boulevards of Tel Aviv should arouse your interest,  Chen and Rothschild are all part of Tel Aviv’s ongoing redevelopment and cultural renaissance – take a break in the sunken garden of Habima Square, which sits between the two. 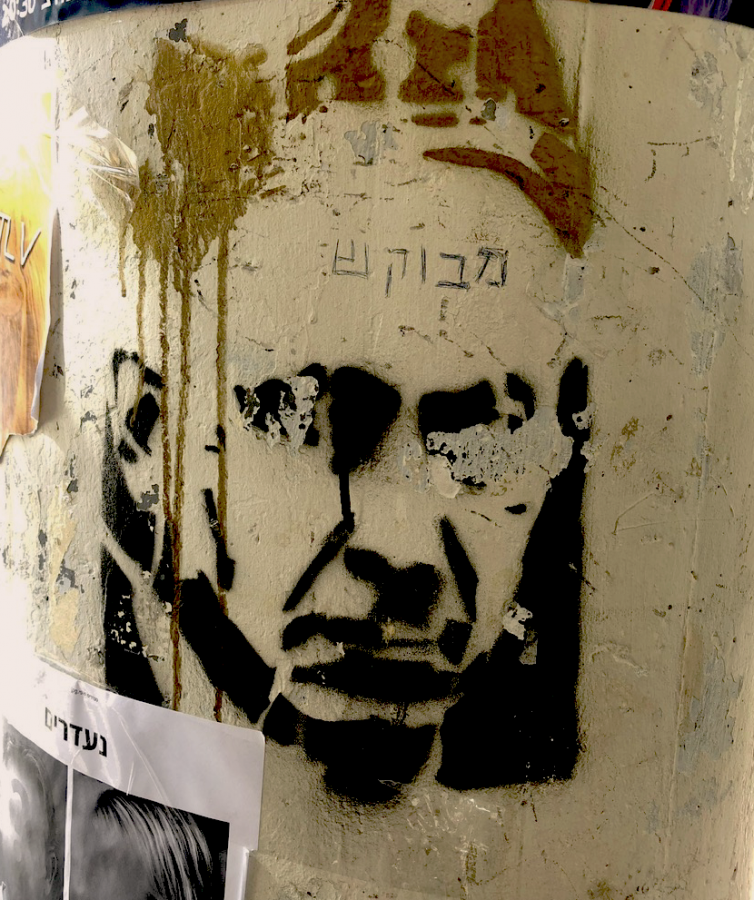 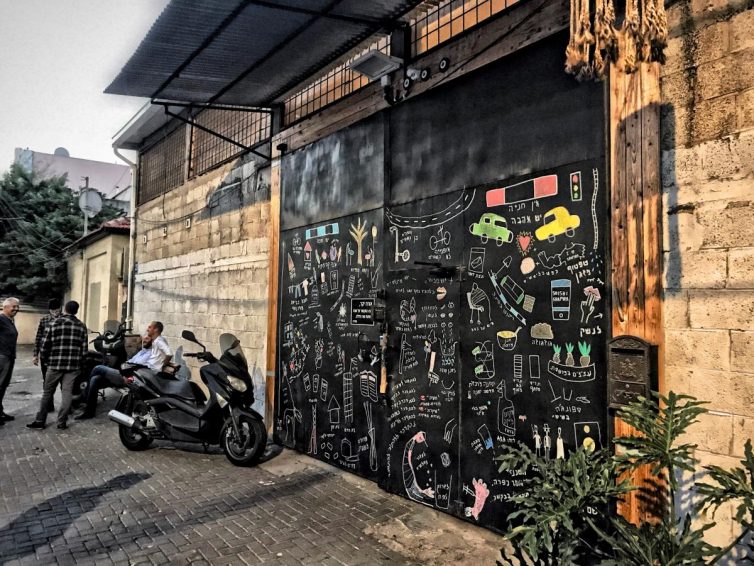 Several things make Tel Aviv so enticing and possibly dissuading; firstly, it is eye-wateringly expensive. I wasn’t prepared for it. Prices here almost make no sense, it’s not Singapore or London, yet it charges accordingly so, you have to get over that and quick. It could also just be that it is that good. Its food scene is tantalising; it has several world-class restaurants, one of them I tried was Mashya, a seductive mix of the middle east with the Mediterranean.  The chef’s a prodigy, at 22, he leads the menu and hasn’t even been to culinary school. Make sure you check this place out.

My feeling is that you should always judge a city by its b-sides, that is to say, its average eatery on the corner and they’re all of similarly high quality. You can grab a tasty bite just about anywhere. It really is impressive—exceptional produce and inventive. 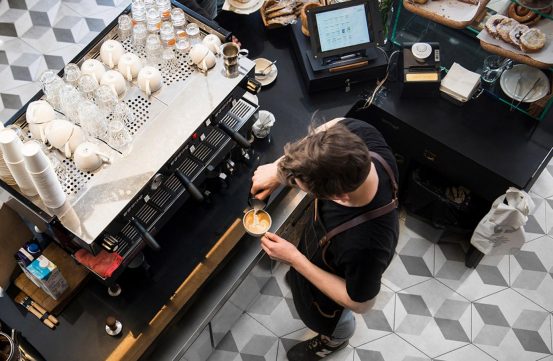 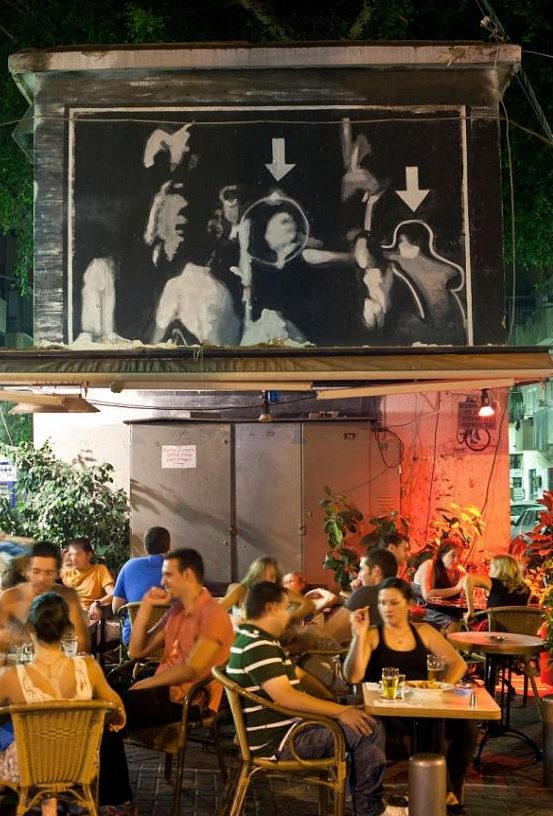 In terms of the people, you are warned about the famous Israeli hubris, (Watch You Don’t Mess With the Zohan to get what I mean), but to be fair, they feel more firm, than arrogant. In fact, I found people to be incredibly friendly. Almost surprisingly so, I had several experiences here where people went out of their way to make me feel welcome, it’s not phoney hospitality, ala American style. It’s a more curious firmness – like we’re here if you need us. They don’t want to overwhelm you just politely nudge you. The number of times I was offered free shots at bars are too many to count. 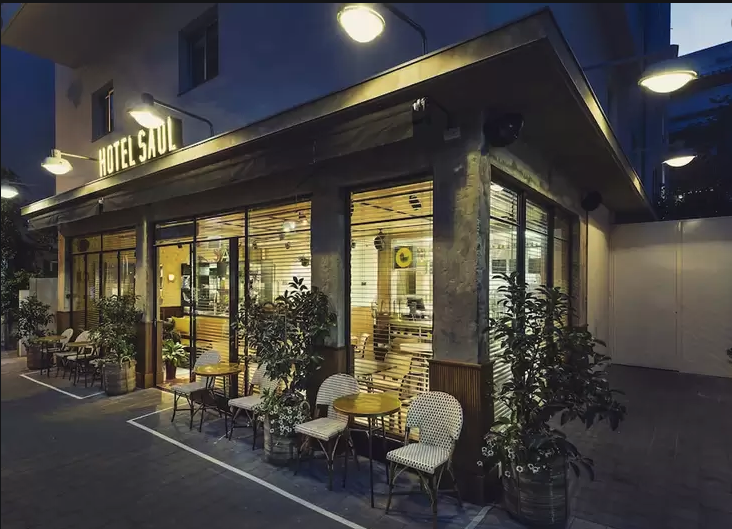 For the record, my 48 hours here was nothing short of spectacular; if you want a place where you can nap and sit by the swimming pool, then this isn’t it, this is a place with heart and energy. You can go to 6 am or to 10 pm, both ways you’re going to be exhausted. That reminds me if you want somewhere to lay your head I chose to stay at the stylish and cosy, Hotel Saul. The rooms are styled with the international traveller or millennial in mind who want to loiter right in the middle of the city, there boutique flavourings and hospitality are spot on. You can find Avi the owner having a drink with his guests, he takes an enormous amount of pride in his establishment and is a genuinely charming individual.

Our cheat sheet for Tel Aviv:

Abu Hasan: I got here at three, and they had already emptied their pots, that means they shut their doors. I heard this is the best hummus in the city, if not the world, that means queues. It’s in old Jaffa. They even have their wiki page.

Herzel 16:  A late-night bar, it has a night-only Berlin energy to it. Try their negroni; you can’t beat the one giant ice cube as opposed to three tiny ones.

Bicicletta: I loved this place, a good time kind of vibe. DJs every night and an extremely high standard of sharing plates, make sure you try the fish bruschetta.

Bucke:  Breakfast is a big deal in Tel Aviv, while everyone flees to the Cafe Xoho for the tourist trappings, try this place, they do everything on a baking tray. Their ‘original Bucke’ dish, is enough for three people. Excellent beachside vibe.

Carmel Market:  Mind-blowing, not for the faint-hearted, this place is a food freak show. A feast for the eyes and the stomach. A bazaar on another level. A must.

Sahki Sahki: A great little cocktail bar, I stopped by here for an aperitif during its happy hour. Get there between 5 pm-7 pm.  Their ceviche is to die for.

Teder: If you want to know where hipsters of Tel Aviv descend, this is the place. This place is great for a late-night shimmy and some pizza and beer. They have their own radio station, think NTS in London.

The Prince: Situated in an old warehouse-type building, great for a pregame drink.

Port Said: I loved this place. The food is fun, and of sharing size, while the beers are pitcher size. But what I love is the energy, its jam-packed full of people, with 3-4 bars packed into the same corner, it’s a great spot to start or end the night.