If the reviews and reception are anything to go by it has a real shot. It’s a film that has sent many critics into a frenzy after receiving unanimous high praise from its Venice Film Festival and Toronto Film Festival premiere. It already has a 98% favourable review rating on Rotten Tomatoes and an 8.3 rating on IMDB. Fellow Mexican giant director Guillermo del Toro has even said this is one of the five greatest films of all time.

Roma is a film that chronicles a year in the life of a middle-class family in Mexico City in the early 1970s namely around the El Halconazo, the infamous Corpus Christi Massacre, in June 1971.
The film is Alfonso Cuarón’s most personal yet and is shaped around a lot of his childhood memories.  Cuarón is all the more a stand out here for not only being the director but the producer, screenwriter, cinematographer of the film.

The real story here which seems to be overshadowing the film is the growing confusion and agitation caused by Netflix through the release of this film. Critics are begging people to see this Netflix produced film at the cinema objecting to its small screen release saying its widescreen panoramic beauty would not be appropriate on Netflix.
Even though it will have a limited run at theatres it is being counted as one of Netflix’s major 2018 releases on the Laptop screen. 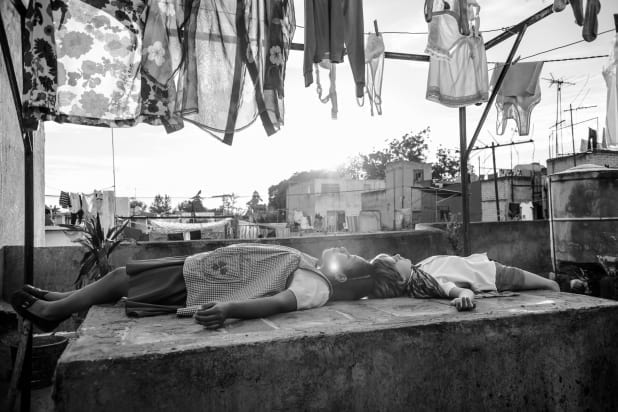 The film is unique in that it stars no big names and mostly newcomers but many are already whispering Oscar around the film. Only 10 such films have landed best picture nominations in the Academy’s 90-year history, this film could change all of that.
The film also says something very positive about the Mexican film industry, with the only other Best Picture nomination awarded to a foreign film this century going to fellow Mexican Alejandro González Iñárritu’s Babel from 2006, besides one other Michael Haneke’s Amour.

Roma will be released on Netflix on December 14th.