The film, courtesy of Jim & Andy: The Great Beyond director Chris Smith chronicles the series of events which led the festival planned for summer 2017 by way of a picturesque setting (an island formerly owned by Pablo Escobar) in the Bahamas into a real-time Lord of The Flies setting.

Hey @GordonRamsay what would you rate #fyrefestival gourmet meals? pic.twitter.com/SYJIgwAIYp

Founded by rapper Ja Rule and tech entrepreneur Billy Mcfarland, the event targeted at young rich kids for those wanting an extraordinary experience relied on the power of Instagram influencers and mythical hype to help sell out the event in 48 hrs.

Tickets went for $450 up to an obscene $250,000 with performances confirmed by Skepta, Disclosure, and Kaytranada while promising hangouts with supermodels Emily Ratajkowski and Kendal Jenner.

Attendees that had purchased a ticket had no idea what they were in for, upon arrival, they were met with tents that were washed out, sleeping conditions practically non-existent and many performers had cancelled their appearances. With the event cancelled on the first day, event-goers took to social media in protest shouting fraud and calling for the head of the founders. 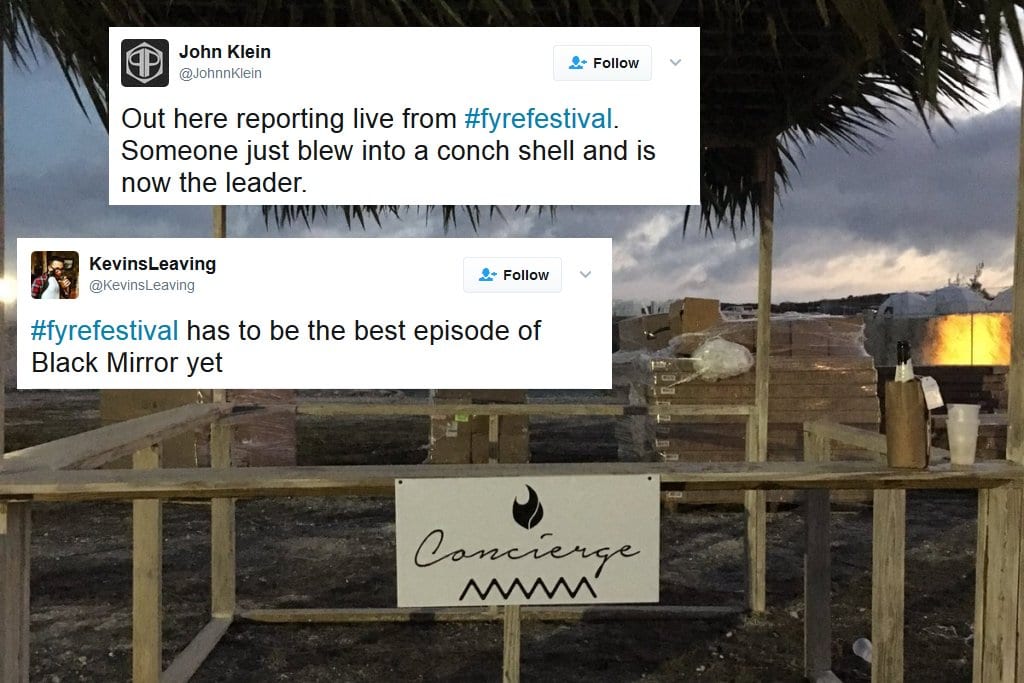 The best line of the film comes when one comedian on a talk show is noted as saying, “Look, if you are going to pay thousands to go and see Blink 182 then the responsibility is on your head, that’s Darwinism at its finest.”

While Ja Rule and Billy McFarland both admitted that they had bitten off more than they could chew, the pair has come under an enormous amount of scrutiny since.  Its founder Billy McFarland is sitting in a jail sentenced to six years behind bars for his involvement convicted of fraud and forfeiture of some $26 million in personal assets.

Take a peek at the trailer, it’s mesmerising. The film will be released on the 18th of January.