Late in 2016, 24 US diplomats in Havana, Cuba began to report hearing strange noises experiencing a string of medical symptoms, such as hearing loss, headaches, vertigo and other signs consistent with mild traumatic brain injury or concussion.

This attack was eerily echoed in China this year when a similar incident affecting several staff at the US consulate in Guangzhou, China was reported.

No one knows for sure the cause behind these isolated outbreaks, but reports suggest that an audio weapon with sonic capabilities had been used causing the injury of several diplomats in both countries. When a University of Pennsylvania team examined 21 affected staff from the Cuban embassy they found the individuals suffered symptoms typical of concussion such as headaches and memory loss and that some even exhibited neurological changes in their brain.

The injuries in Cuba, like those in China, followed disturbing sensations of sounds and vibrations that have been described variously as the noises made by cicadas, static, metal sheets waving. In fact, nine months after symptoms were first reported some victims now have problems concentrating or recalling specific words. 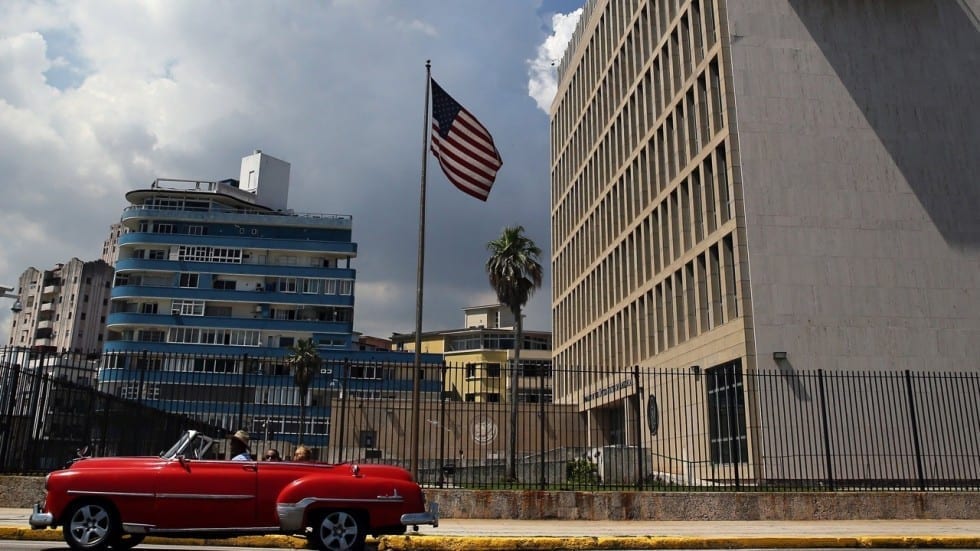 Right now there are more questions being thrown out there than answers around these attacks. However, it has riled up the United States administration enough for them to assemble a dedicated task force to analyse what is happening.

In a tit for tat scenario last year, Rex Tillerson the former secretary of state evacuated all personnel from the Cuban embassy and then expelled 15 Cuban diplomats from its embassy in America which would suggest Cuban involvement in the attacks, but the Cuban government has denied any involvement.

Marco Rubio, an American senator, said in a convened hearing “the technology that we’re seeing is so sophisticated, we don’t even understand it.”

many theories no proof

So what is the logic behind these attacks?

There’s little evidence of ultrasound causing bodily harm without prolonged, direct physical contact at high intensity. “There is no known mechanism for audible sound to injure the brain,” said, Dr Douglas Smith one of the lead authors of the study Pennsylvania university.

Some explanations for the attacks by scientists have been brought down to three possible scenarios:

I. Some have alleged Cuba used an unknown sonic weapon.

II. Others have blamed “mass hysteria.”

III. Or the most likely scenario upheld by scientists is  “intermodulation distortion” which means complications arisen from eavesdropping devices. Where equipment is used to try to listen in on the diplomats’ and visitors’ conversations – jams and hacks can be used to engage in surveillance attacks. SOme have even suggested it could be the sloppy work of American government officials itself.

But the question begs, in this new age of advanced technology, with so many states now preparing and carrying out sophisticated attacks in so many subversive ways, we have no idea ultimately what went down.

Heres what confused us, no civilians or tourists have reported any symptoms only government personnel. This in itself would seem to suggest the attacks are politically motivated. Could this be the work of a new type of terror attack, war games by Russia, or merely an overreaction? We’ll have to wait and see.