As Donald Trump has now been sworn in as America’s 45th President many of us are still asking ourselves painful question as to how we arrived at this strange and unsettling moment in Western politics.

Amid the voices urging us all to accept the inevitable and “give president Trump a chance” outspoken British columnist Laurie Penny is someone we can count on to speak with eloquent and passionate honesty. Her determination to voice her strong opinions has earned her a legion of fans as well as plenty of critics.

She gives us her take on the biggest political upset of the 21st century though she admits to feeling both stunned and fearful, acceptance is the last thing on her mind. 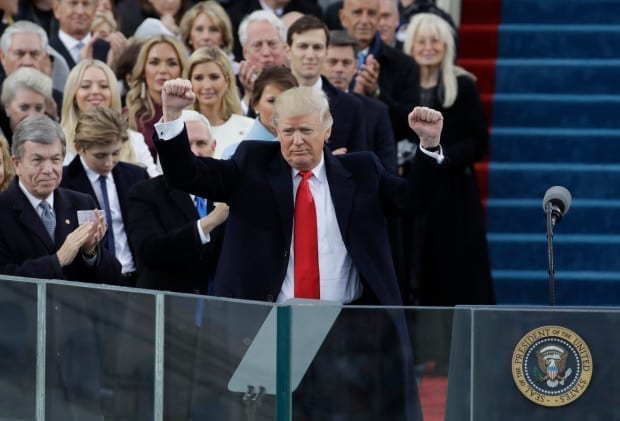 On white rage
White rage is what got Donald Trump elected. This wasn’t just about class, or even gender. The clearest division between those who supported Trump and those who opposed him was along the lines of race, just like how in Britain the left still try to claim Brexit was solely about economic anxiety. Of course that was a huge factor because people feel disenfranchised and are right to feel so, there is anger at political elites that have failed to offer any alternative to the status quo, but those who voted for Brexit were statistically better off than many of those who voted against it. It wasn’t the most deprived people in Britain who voted for Brexit.

On the media
One of the factors that has definitely impacted the political climate right now is the fact that the media is an industry in crisis. Unfortunately sober facts and reasoned debate and tolerance are not things that get hits. Racist fearmongering gets hits, and Donald Trump is his own best publicist. He knows that all he has to do is say the most outrageous things and he gets all the coverage in the news, because people working in the media feel like they have no option. They have to keep pumping out the click bait. There is responsibility there. As much as the media likes to think of itself as objective, objectivity is not the same as honesty. The media is a business and businesses operate within the market and the market is never objective.

On millennials
We also talk too much about generational politics when we should be talking about class politics, and class politics often falls on generational lines as it does now. The prospects of people 30 and under right now is much dimmer than those of previous generations and that’s not simply because they’re young, it’s because they’re young right now. I don’t believe that millennials are disengaged. I know far too many passionate, dedicated, smart young people to hold with that assessment. If the EU referendum had been restricted to the under 60s then ‘remain’ would have won by a landslide.

On Therese May
Now we Have Theresa May as our prime minister and if she seems like a moderate conservative then it’s a damning indictment of the times that we’re living in. Theresa May is extremely right wing on issues of immigration, and she has interpreted “Brexit means Brexit” as a mandate to tear up the European rights act. May actually is an ideologue to some extent. She’s a different class of bastard to Trump, and equally dangerous in a different way. And remember, she was not elected. I think it’s deeply ironic that Brexit was about “taking back power” and now we have a leader who precisely no one voted for.

What to do next
So what do we do? I think now is the time to get serious. It’s a time to marshal our forces and look after one another because there’s going to be a really long road ahead. There’s going to be a lot of pain for a lot of people, and those of us have more resources are going to have to be open and generous about that. I’m not just talking about money, I’m talking about emotional strategic resources. It’s about building community and coalition. It’s kind of fluffy to talk about hope at the moment. I mean hope is great but in the meantime there’s always spite. Spite is good if you can’t get to hope. Carry on living and carry on working to spite those people.