For many years, perhaps for a stage of my life, I was into graffiti. I felt a special attraction to certain types of underground places, spaces deemed by architecture to be useless and almost invisible to the city. I practice a kind of urban exploration in which I discover some of these places, analyzing them and somehow giving them meaning with some intervention.

They are often purely theoretical projects that remain in my head and other times they come to materialize as in this case.
We all reminisce about our childhood (building a house in the tree, or being a cowboy). The main idea of this project is to put into context this idea that we loved. As a kid we loved shelter in our own house, we would build things in private spaces like in the closet or under the bed. The search for those same feelings of isolation, security, the conquest of a place, is what I’m searching for but this time I decided to transfer it to the city. 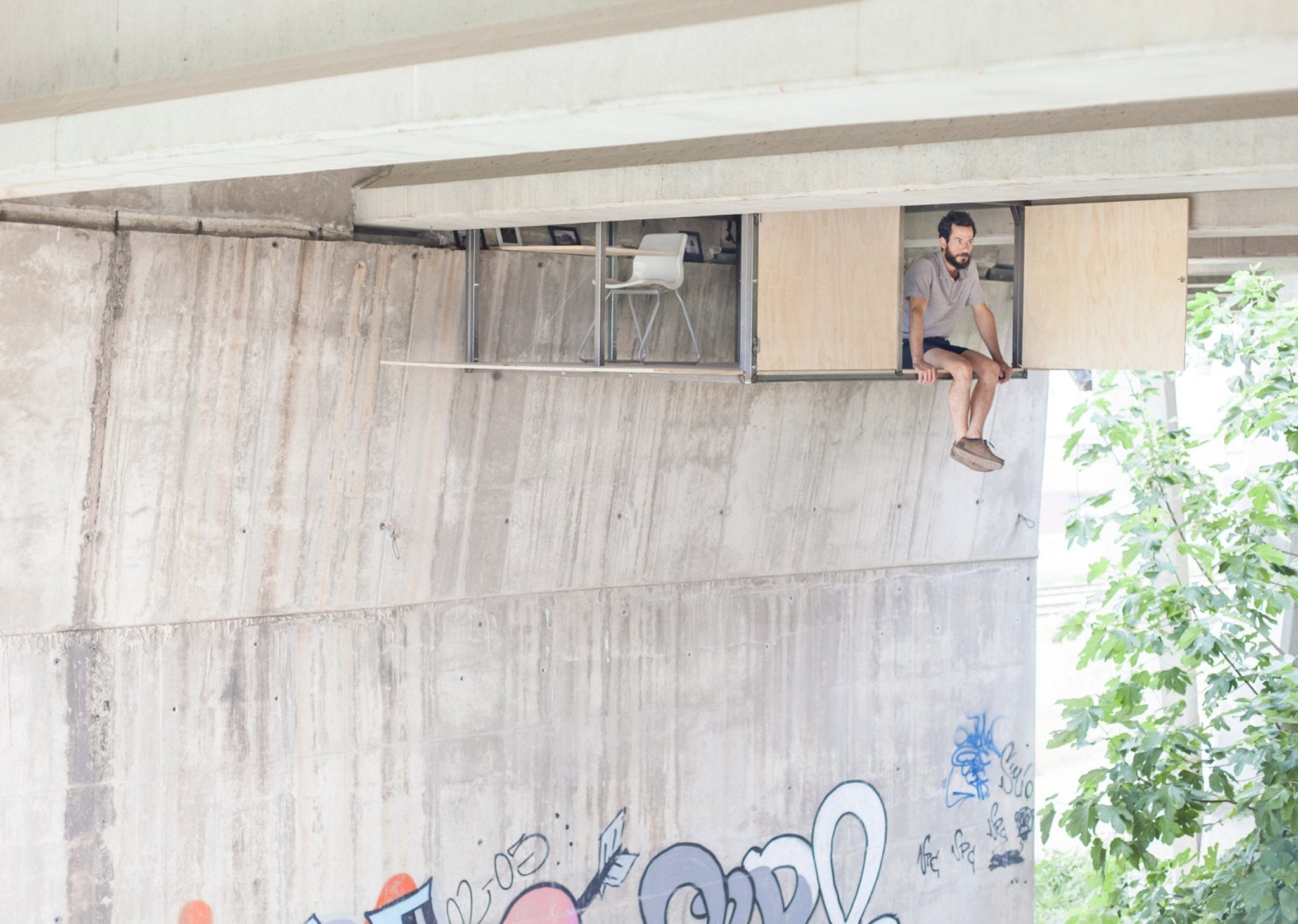 I’m attracted to the figure of the vagabond, not so much the ones often associated with great psychological problems, like the ones you see in movies. I was more intrigued by their freedom and the fact that they often lived in alternative places which I found much more interesting, original and amusing than the rest of the society. Obviously, I’m interested in this concept, living by a bridge is exactly that, far from fulfilling the requirements to live with a minimum quality of life.

I work daily with wood and metal so making this was no problem. It was designed as a removable structure, to be able to make it in my workshop and be moved and assembled by a single person. In total, combining with my other works, it took about two weeks. It has no real utility; it is rather an installation or performance. I’ve slept there just the one night and that was only for testing.

My family knows of my concerns. They ask me if I’m afraid of looters, thieves, beggars? Since its inception, I thought of it as a fleeting installation. I count on the possibility of it being inhabited, destroyed or stolen. It is part of the project. 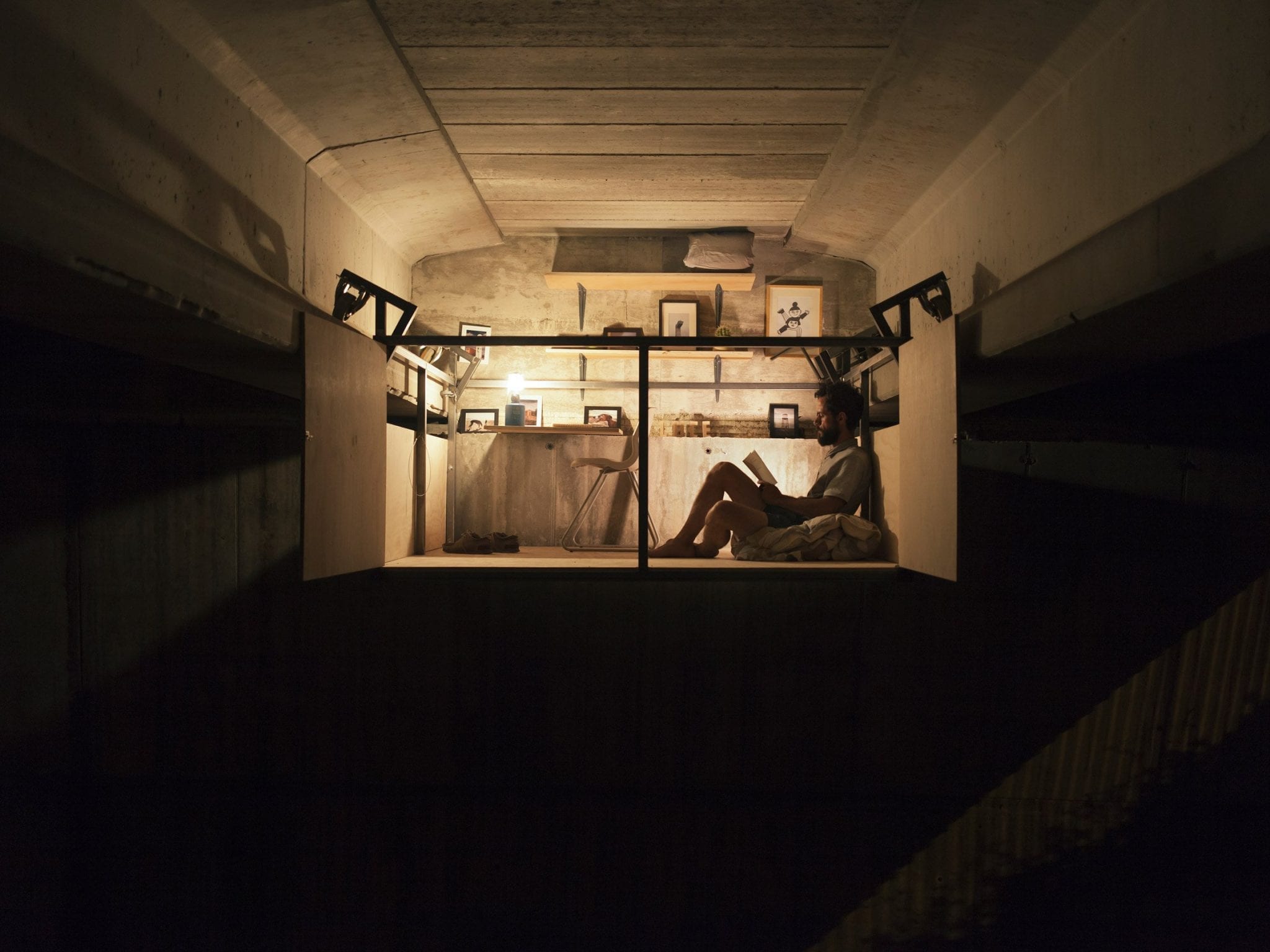 The government or local authorities don’t know about this, getting it authorized would have made the project lose a lot of charm, as well as being surely impossible to achieve. This idea is difficult to market so I won’t be selling the idea to corporations like IKEA. The structure itself is what matters least to the whole project. It’s about the general ethos of it all. 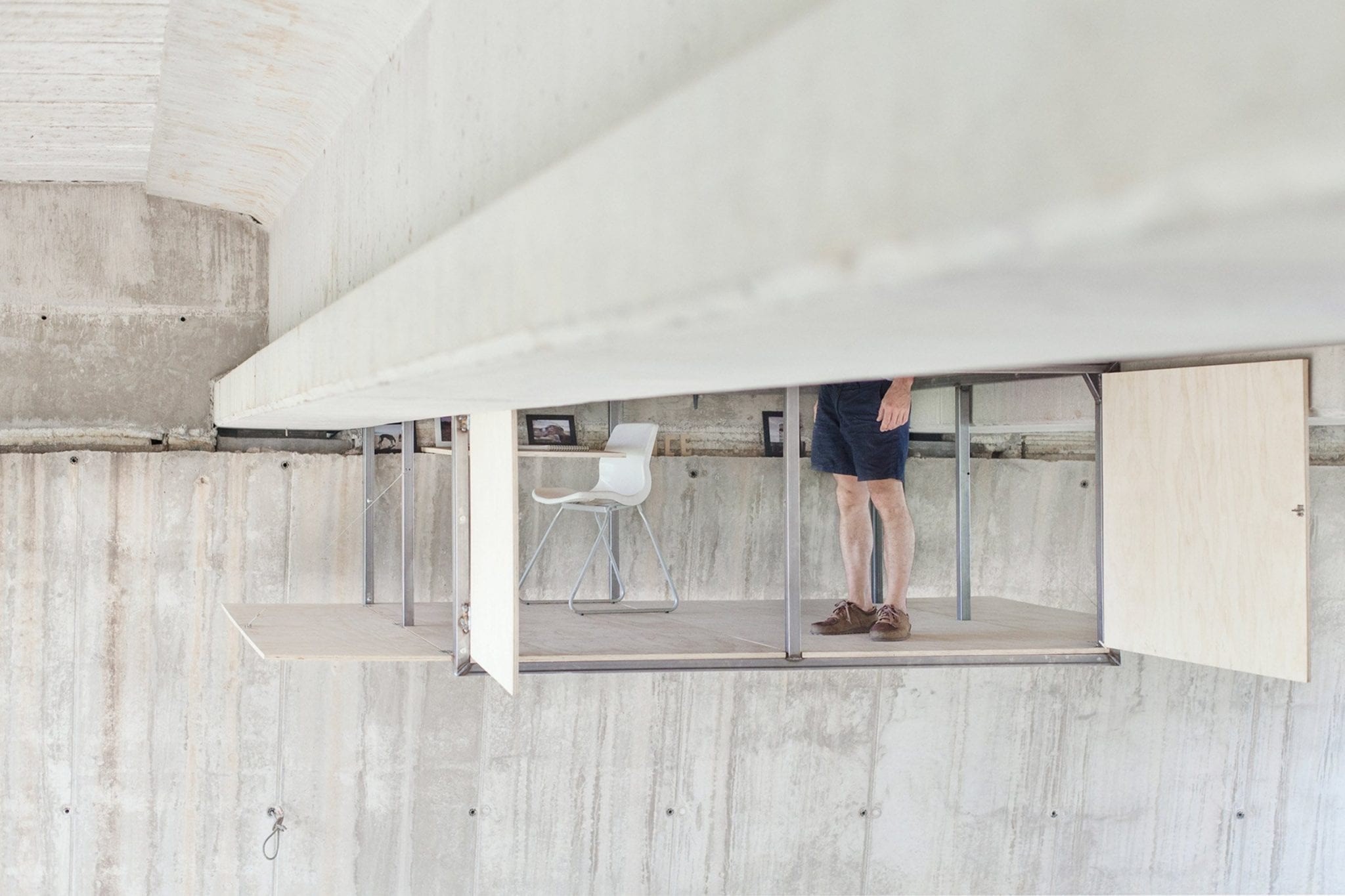 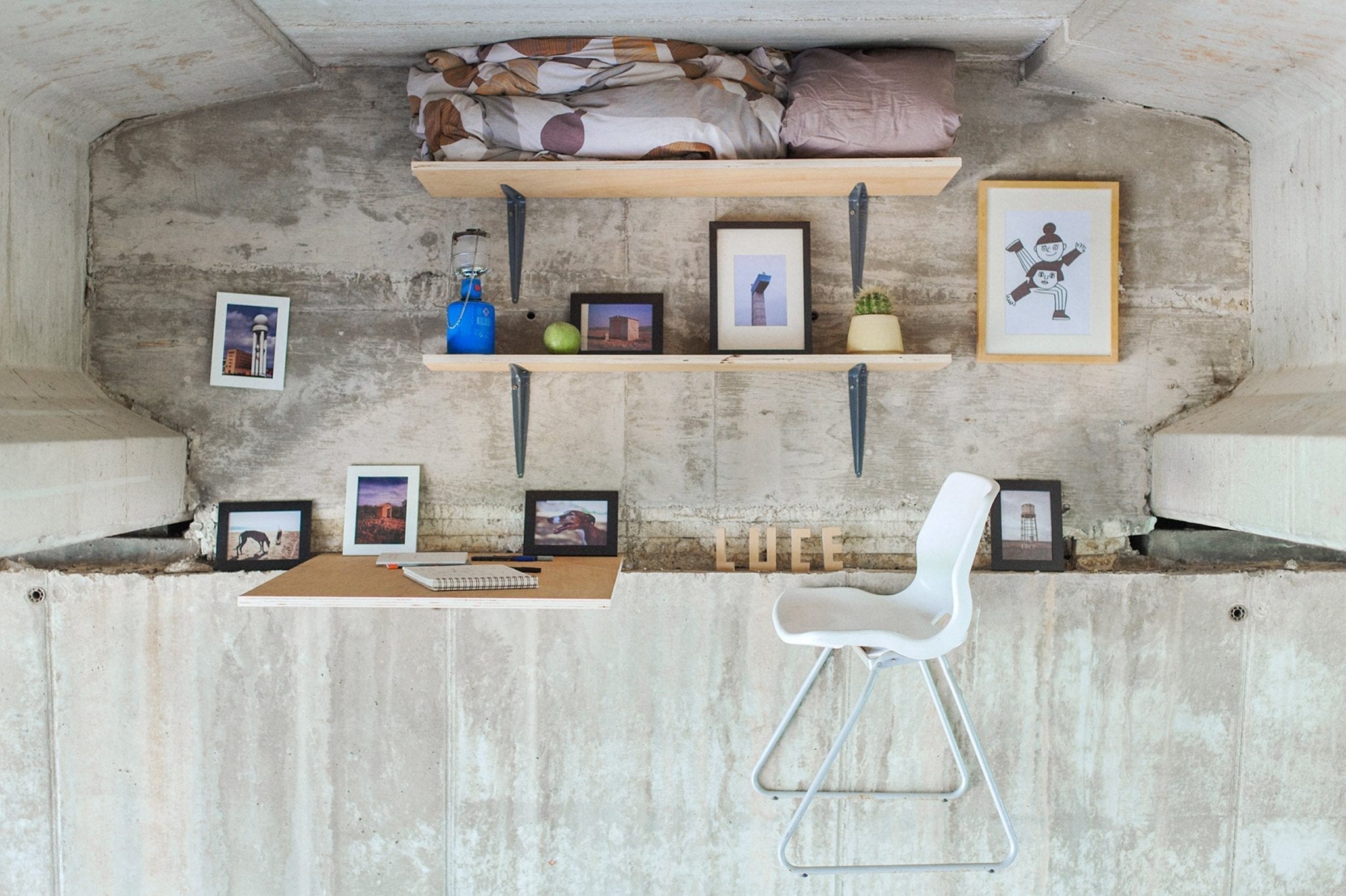 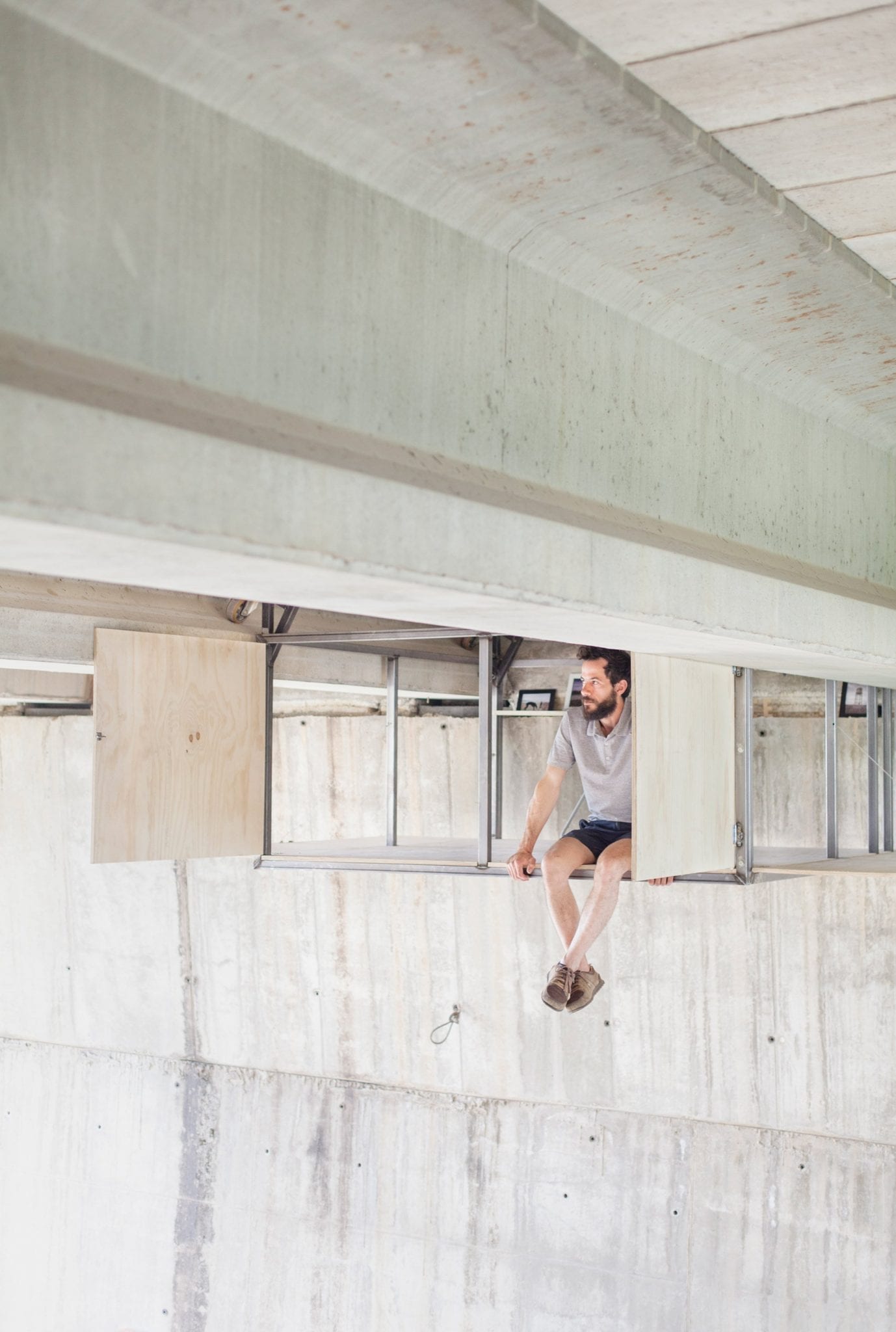