Ugly Lies The Bone is a new play which premiered in London earlier this March at the National Theatre. The play is centred around main character Jess (played by Kate Fleetwood), a female solider who has just returned from three tours of Afghanistan spending several months in a severe burns unit after being hit by an IED, now at home in her native Florida she is trying to put her life back together.

Most of the play portrays Jess in and out of this highly effective and distracting technology aimed at keeping her mind off the chronic pain she experiences – virtual reality. The play is funny, sobering, and highly topical. But there are themes here that are in much need of a wider discussion. Virtual reality has been used as a limited means of therapy under the guise of cybertherapy for only a short time but it is becoming an increasingly adopted form of therapy amongst health professionals around the world. 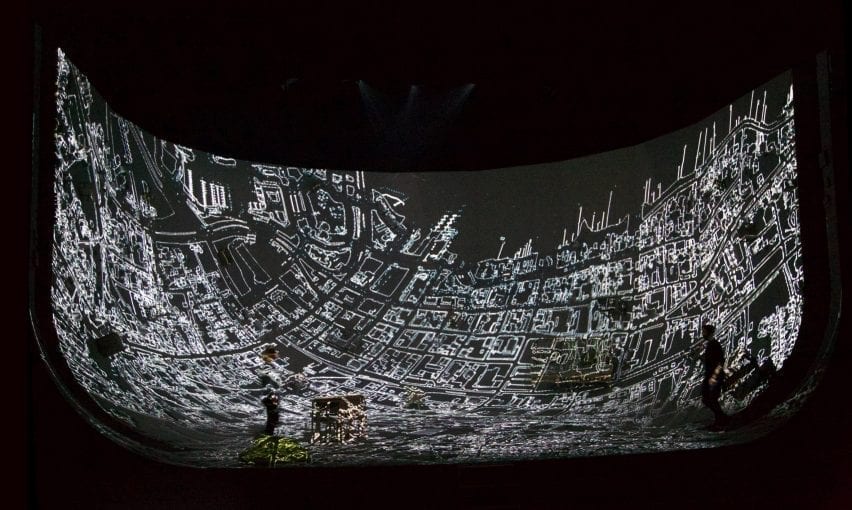 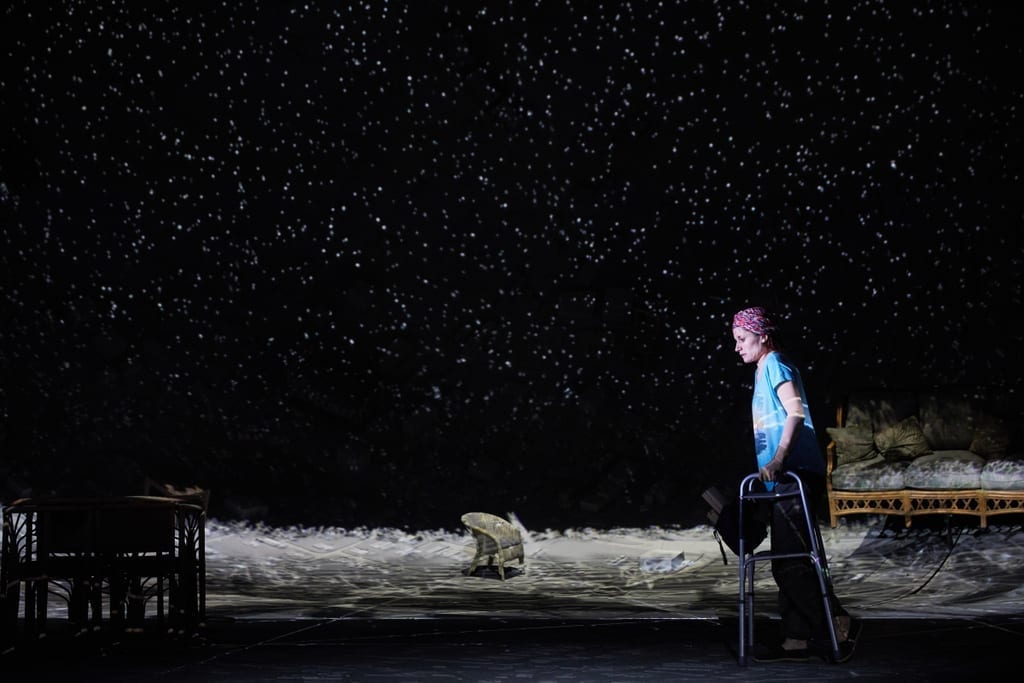 Ugly Lies the Bone at the National Theatre

Ari Hollander who is the CTO of Firsthand Technology, a company that prides itself on being an industry leader in Virtual Reality for healthcare, has been toying with the highly experiential world of VR since 1990. He acted as a consultant on the play providing first-hand knowledge to the director Indu Rubasingham and writer Lindsey Ferrentino.

Hollander tells us of the play and his work, “As bandwidth increases in both directions, immersion becomes more intense and powerful.  With the level of immersion we currently have, we can already effect the brain through the senses sufficiently to change our perception of pain. As machines become smarter and get better sensors to learn about us and our world, they will gain insight in how to optimize virtual experiences.”

The program Jess uses on stage is based on a real-world program called SnowWorld, pioneered in the late 90s by psychologist Hunter Hoffman, Professor David Patterson and VR pioneer Dr Tom Furness at the University of Washington Human Interface Technology Lab. At the time VR was merely an intellectual discussion and nothing else, but these three pioneered a program that allowed you to place a heavy VR helmet onto your head, creating a new reality far from the drudgery of the hospital walls or that of the lab, one where you instantly found yourself floating over an icy canyon.

When the equipment was moved to Dr Patterson’s burns clinic at Harbourview medical centre, the patients who tried it were similarly transported. During their visit to SnowWorld, not only did the treatment room fade away but more importantly so did the experience of their burned bodies and their pain. In experimental health trials with SnowWorld it was typical for at least 60% of patients to experience a more than 30% reduction in pain. To put this into context, morphine usually reduces the pain by 25%.

SnowWorld only momentarily helps with the pain but this brief respite has helped many get through excruciating procedures such as skin scrubbing and grafts. Sometimes patients with such severe burns can spend up to a year in hospital. Lieutenant Sam Brown was one of the patients helped by SnowWorld. He was badly burned over 30% of his body when his vehicle hit an IED in Afghanistan in 2008. SnowWorld played an important role in his recovery and became an inspiration for the play Ugly Lies The Bone.

The brain contains a body map that corresponds to different parts of the body known as a somatosensory cortex. Working in the front line of this area is well-known neuroscientist V.S. Ramachandran, known primarily for his work in the fields of behavioural neurology. He found the links between the ‘map’ and parts of the body to be surprisingly fluid. For example Ramachandram’s work with phantom limb syndrome became the initial inspiration for Hoffman’s inquiry into VR pain relief. When a limb is lost sometimes the brain’s map of the body does not adjust to reflect this. What this means is that patients can sometimes experience pain in a limb that is no longer there. Ramachandram encouraged a patient’s sensory system to redraw the body map at the time using a very low tech form of VR allowing patients to exercise their missing limbs with surprising results. 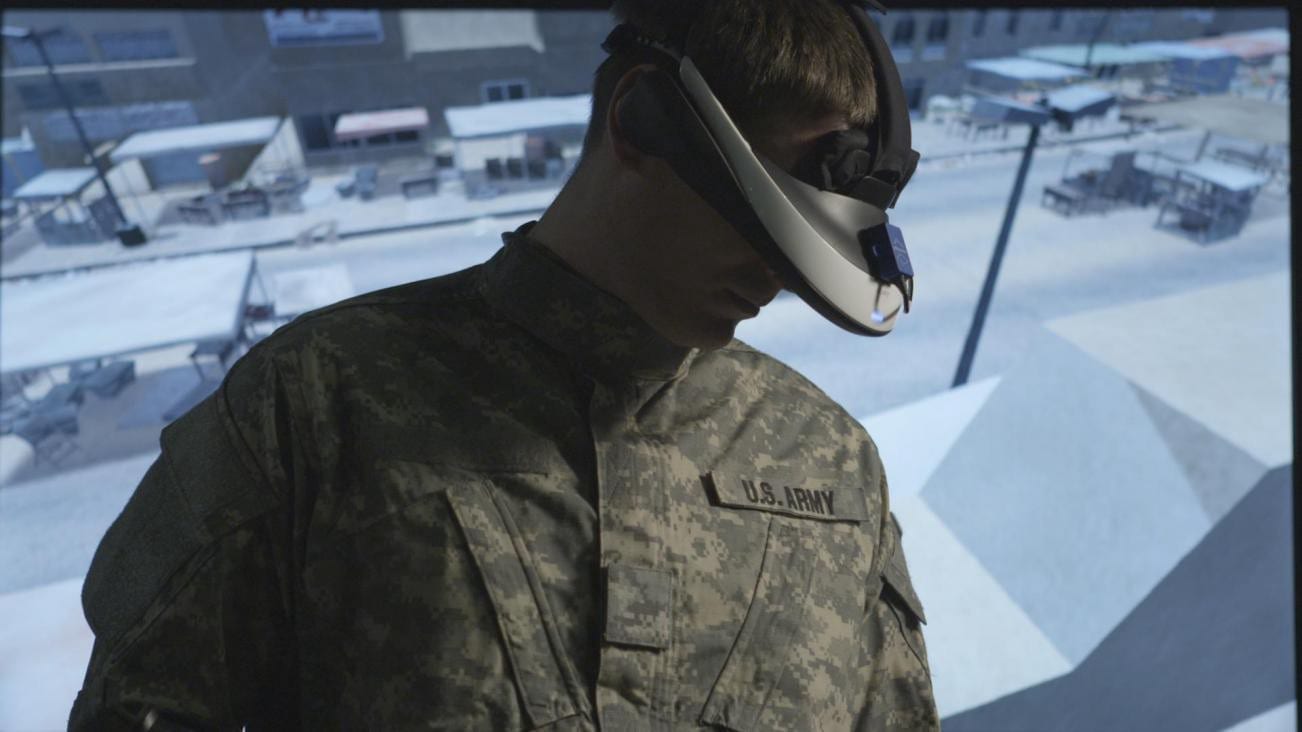 Pain can be a complex dialogue between the body and the brain and some mysterious components of pain exist in the ‘map’ rather than in the body. Hoffman theorized that if this was the case, immersive VR could be the next step in diverting attentional resources away from the pain dialogue. It has been highly successful, often showing vastly better improvements with pain management than drugs itself. The VR systems needed to help patients initially cost £35,000 but they are now around £1,500, making pain recovery and management a much more affordable resource.

Building on all its predecessors, consultant and founder of First Hand Technology Ari Hollander built a VR therapy program called Cool! – a very similar immersive reality to SnowWorld.  In December 2016, researchers working with Cool! initiated research into the after effects of using this program and found that on average there was a 60% reduction in chronic pain. Where does  VR therapy go from here? Hollander explains,  “As the technology progresses this will become vastly more powerful.  We will be able to reprogram our own brains: give ourselves new senses, extend our mental capabilities, and change our own behaviors.   In 50 years this will fundamentally change what it means to be human.”

Whilst there is a lot more research to do in this area as well as tweaking of the technology, theatre pieces such as Ugly Lies the Bone act in themselves as an immersive experience for theatre goers, allowing the public to take part in a discussion that is just as much about make believe as it is about dealing with the painful reality of the play.