The summer of 2015 became, if it can be described this way, an extended watershed moment – both politically and personally.Over the previous months, there had been a dramatic increase in the number of people arriving in Europe to seek safety, and alongside that, a series of devastating tragedies. In April, over 600 people lost their lives off the coast of the Mediterranean; in August, Austrian authorities discovered the bodies of 71 people in a refrigeration truck; and by September, more than 200, 000 refugees had arrived on or passed through the Greek islands.

Immigration was at the top of the political agenda, and debate was becoming increasingly hostile: in July, then-Prime Minister David Cameron referred to refugees and asylum seekers in Calais as a “swarm”. Rather than offering a compassionate and collective response, European states – including the UK – were failing the thousands of people who had taken perilous journeys, fleeing war and conflict, to seek safety on the continent.

At the time, I was working in the music industry and spending the majority of my time in LA. I had political opinions, of course, but my engagement hadn’t gone beyond the odd march or post on social media. But my Facebook timeline was gradually filling up with news stories, covering – but also storifying and sensationalizing – the tragedy that was unfolding around us. I shared articles, I spoke to friends, but – like so many others – I felt that I needed to do more. In the face of such suffering, a cursory Facebook ‘like’ didn’t seem enough.

A group of us decided to raise £1,000 and take a van of donations to Calais. This was something practical that we could help with: this was something we could do. Posting on social media could now be linked to action – but little did we know that our decision to start a hashtag, #helpcalais, would grow to become Help Refugees. 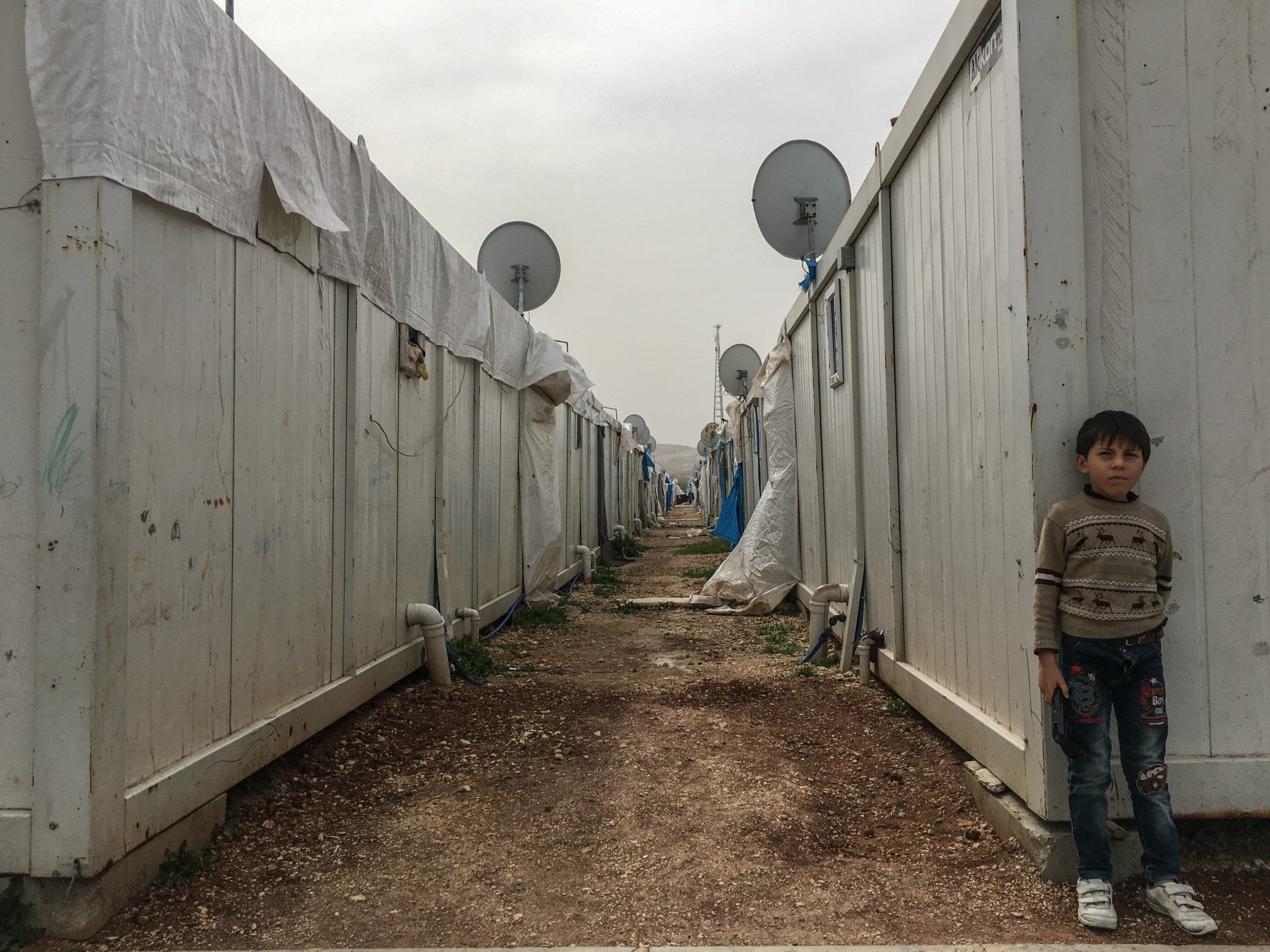 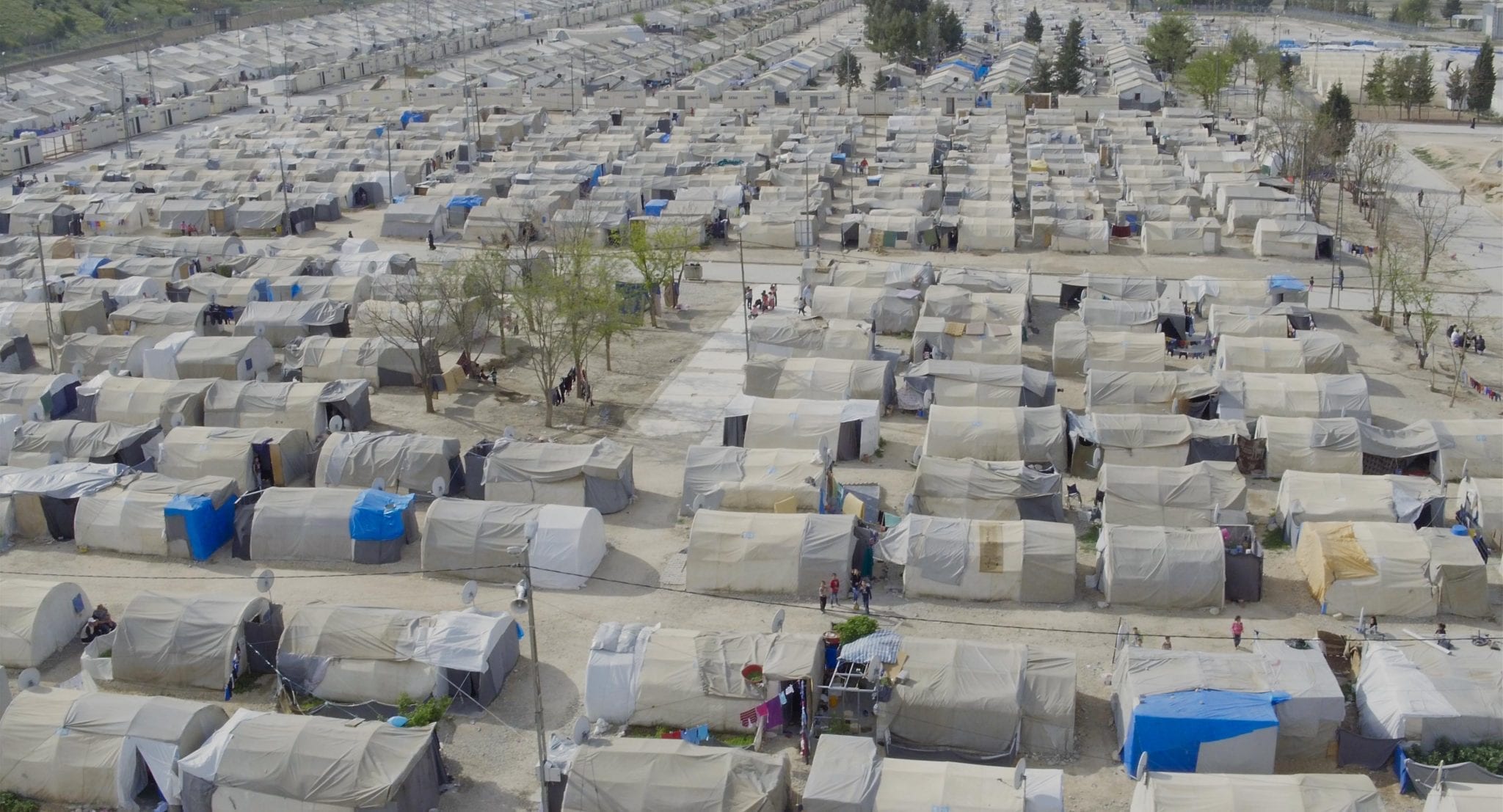 A week after we started, the heartbreaking image of three-year-old Alan Kurdi’s body, washed up on a Turkish beach, broke and was published on the cover of newspapers around the world. We were deeply affected by the image, and so were many others. The outpouring of compassion that it engendered was translated into extraordinary generosity from the British public: we had soon raised over £50, 000 and were receiving 7, 000 packages of aid every single day.

We assumed that there would be a big organization in Calais: someone who we could deliver the aid to, and who could then coordinate its distribution. Someone experienced; someone trained in humanitarian response; the UN, the French or British governments, someone. How wrong we were. 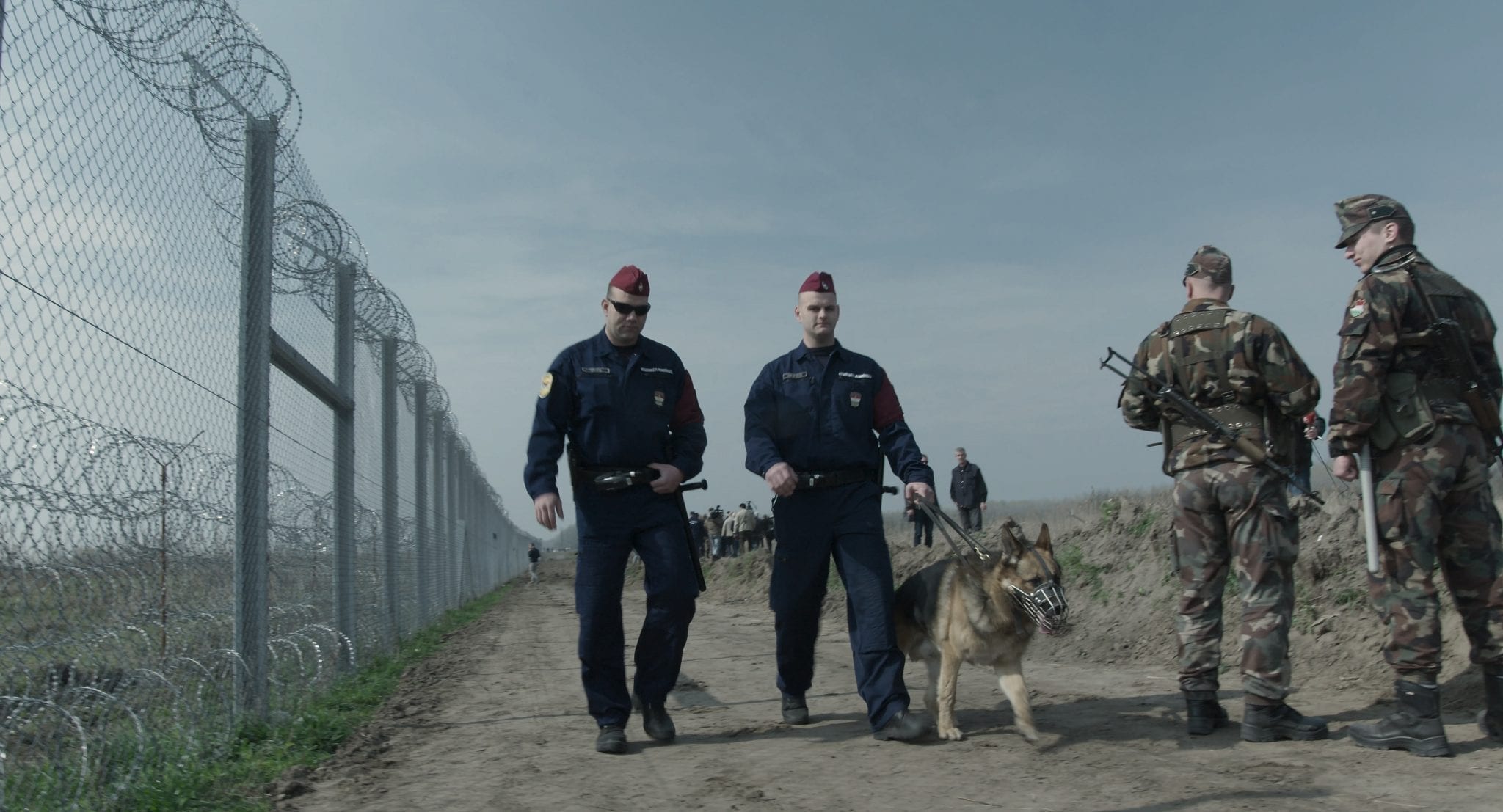 On arrival, there were overburdened and underresourced local organisations – all of which were doing amazing work, given the circumstances – and a handful of incredible volunteers. There was no camp management, central warehouse, or coordinating body. Children living outside, babies with no nappies, people had no shoes on, no food, no wash facilities. All I could think was that this could be my mother, my father, my brother, my sister, my child – indeed this could be me. And so we stepped up and tried our best, no longer just a group of friends, but a growing movement of ordinary people who were dedicating their time and energy to alleviating this crisis. Humans helping humans.

Two years on, Help Refugees now supports over 80 grassroots projects in ten different countries across Europe and the Middle East. We became the largest provider of aid in the so-called Jungle in Calais – and continue to support the 700+ refugees sleeping rough in the area. All of the projects we support are led by incredible volunteers and range from search and rescue missions off the coast of Lesvos to a women’s centre in Lebanon. Yet the absence, or inadequacies, of major organisations and governments has remained the context for all of our work. 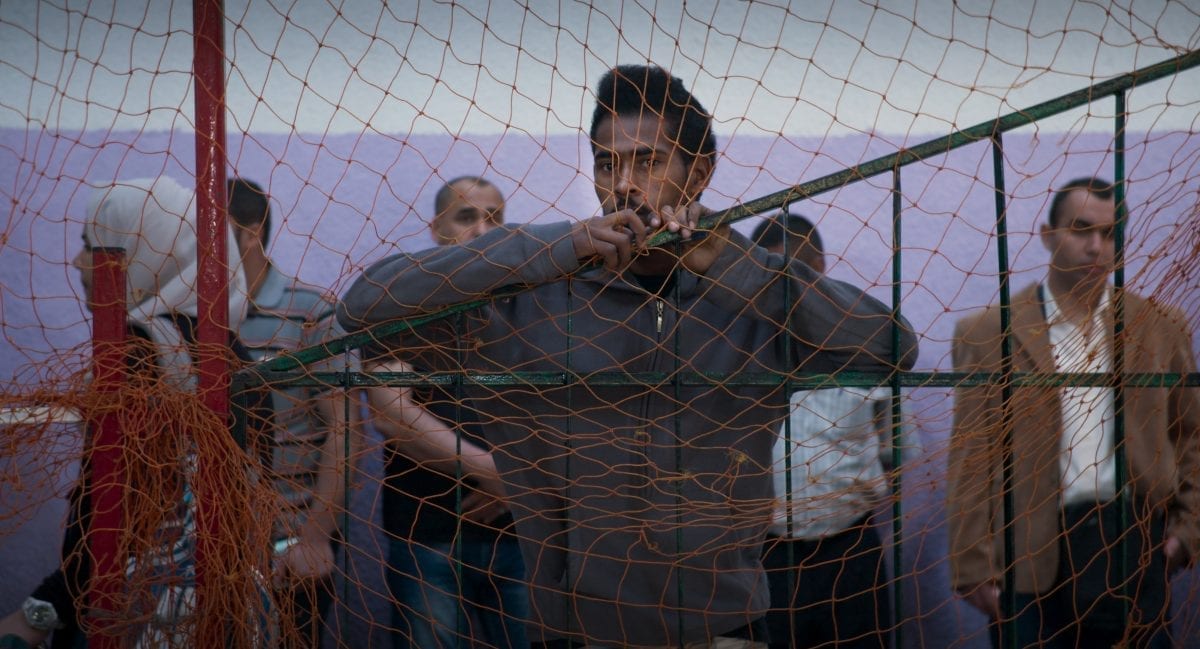 In October 2015, we sent a delegation of volunteer doctors to Moria camp on Lesvos, where some 5, 000 people were living – in a camp designed for just 1,800 – and disease was breaking out. Refugees in Moria had no access to medical care, despite it being the government’s obligation to ensure that their human rights were upheld. Today – two years on – the situation is hardly better. There are almost 7,000 people living in Moria, which has not been expanded, and each toilet is shared between at least seventy people.

It should not fall on the shoulders of ordinary people to respond to a tragedy of such proportions, and it should not be the case that – two years on – the presence of volunteers is still so desperately needed. There are huge and terrifying gaps left by governments and major NGOs, from legal support to search and rescue. Urgent political action is required to alleviate this crisis, not only in Moria and elsewhere on the Greek islands – where 15,000 people are currently trapped – but across the continent and indeed the world. Yet as the harsh winter weather arrives, such action remains elusive. 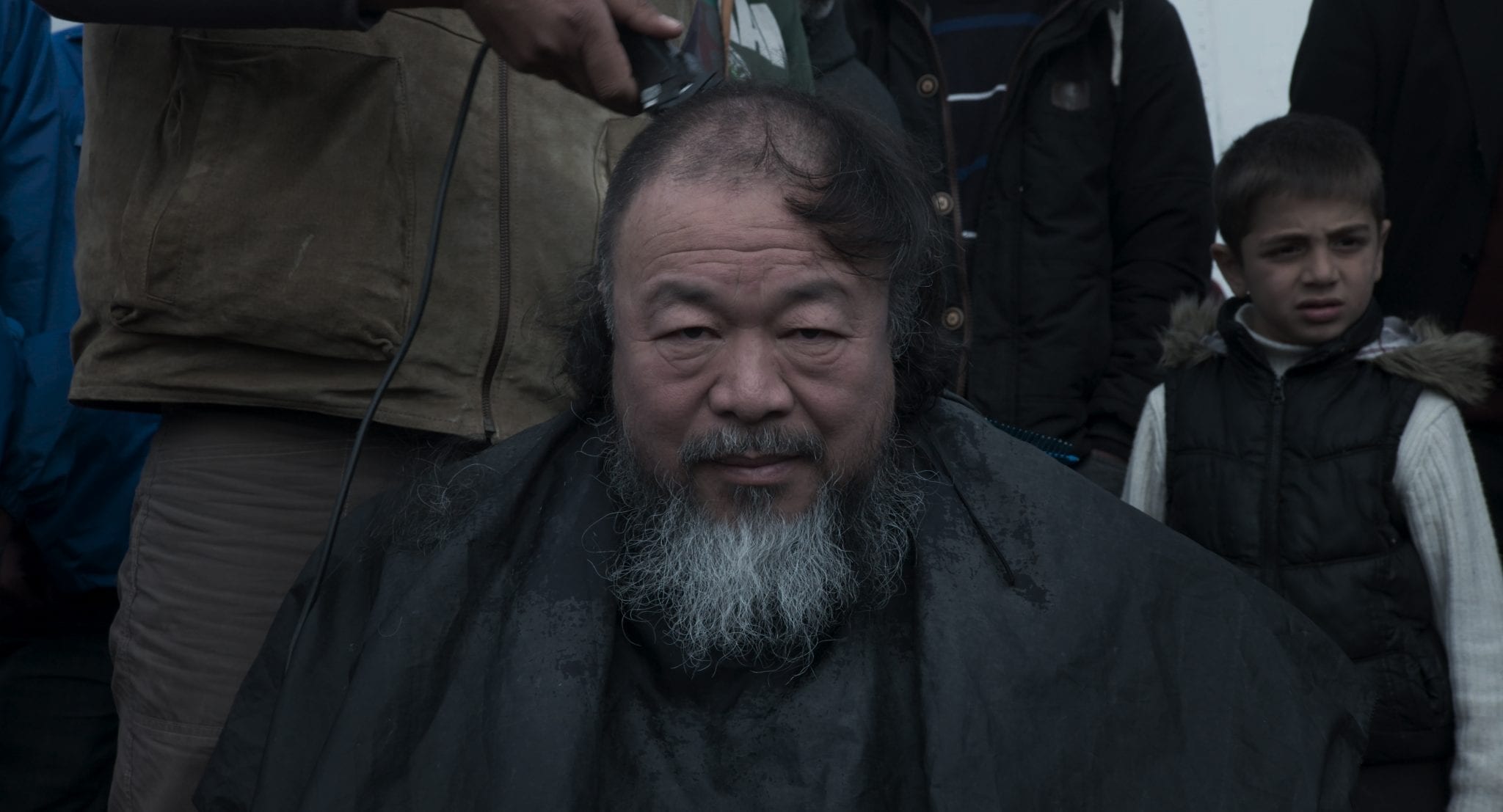 It has been an honour to be selected as the charity partner for Ai Wei Wei’s Human Flow. Much of the film features the very places we were working in over the last two years and enables the viewer to see what a global issue this is. The media may no longer be talking about it but it is estimated there will be 1 billion displaced people by 2050 – the time for action is now. We need to think about new solutions based on empathy and compassion. I believe there is still hope and this is possible and hope that after watching the film you will too.

Article by Josie Naughton, Help Refugees co-founder
Human Flow is released in cinemas across the UK and Ireland on Friday 8th December.