We’ve heard a lot of talk in the last decade or so about the destruction of the entertainment industries. Many argue that the wave of technological change from digital piracy, user-generated content, long tail markets, and data analytics will bury the major movie studios, music labels, and publishing houses. But we see a much more optimistic future for these industries.

Many people in the entertainment industry argue that technological change doesn’t pose a threat to their business. After all, over the last century the major studios, labels, and publishing houses have already successfully adapted to massive shifts in how content is created, distributed, and consumed. If 100 years of technological change haven’t upset power in these industries, why should this moment in history be any different? 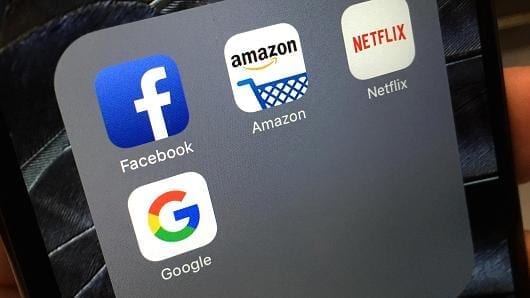 Moreover, many argue that the individual changes we’re witnessing today just aren’t that significant. User-generated content, after all, is amateur fare—cats riding roombas, garage-band artists, vanity-press authors. It will never compare in quality to what the majors can produce. Markets like Amazon and Netflix, for their part, are filled with “long tail” products that have low sales and only appeal to niche audiences, and therefore pose no threat to blockbuster content. Digital piracy, although certainly harmful, won’t alter the competitive balance in the industry because it affects all of the majors equally. Powerful new digital-distribution platforms such as Google, Amazon, and Netflix are changing the way we consume content, but they still rely on access to the blockbuster content that the majors produce. And big data? It will never replace the heart and soul of the entertainment industries: the creative process.

The problem with these arguments, as we point out in our upcoming book Streaming, Sharing, Stealing: Big Data and the Future of Entertainment, is that these changes aren’t occurring separately. They are all occurring at once, in a way that undermines the traditional business model in the entertainment industries. Traditionally, the leaders in these industries have used their size and power to control three scarce resources: the financial and technological means necessary to support the artists who create their content, the channels necessary to promote and distribute that content, and the actual availability of the content, which they’ve controlled through copyright law.

The problem they face today is that none of these resources is as scarce as it once was. Technology has democratized access to the tools necessary to make content; online platforms can stock an incredible volume of content, creating more choice for everyone and reducing the importance of getting content onto the limited space in TV channels or brick-and-mortar store shelves; and digital piracy has reduced firms’ ability to control how content is consumed. The result, predictably, is that the traditional business model isn’t as profitable as it used to be. Music revenue fell by 57 percent from 1999 to 2009[1] and DVD revenue fell by 43 percent from 2004 to 2009.[2]

The control of scarce resources is still the name of the game. But what’s scarce today is something new, customer attention, and the traditional powers in the entertainment industries have been slow to realize this. This has allowed a new generation of firms to build winner-take-all platforms and gather detailed information about customer behavior and preferences. Google, Amazon, Netflix, Spotify: these are the new entertainment companies, and they are winning the battle for your attention.

That said, we remain optimistic about the ability of industry leaders to adapt and fight back. That’s because they still possess in abundance the skills that have for so long been the secrets of their success: the foresight to take big risks on emerging opportunities, a willingness to invest in new creative talent, a passion for connecting great storytellers with their audiences, and the skill necessary to turn grand visions into reality. These are skills they’ve been cultivating for a century, and they can use them to compete successfully with the newcomers to their industries—if they can accept that what they are now competing for is you.

Written by Michael D Smith – professor of Information Technology and Marketing at Carnegie Mellon University and co-author of the new book Streaming, Sharing, Stealing: Big Data and the Future of Entertainment – released on 2nd September and available for pre-order now.

[1]Source:money.cnn.com/2010/02/02/news/companies
/napster_music _industry
[2] Source: Stan Liebowitz, “The Impacts of Internet Piracy,” in Handbook on the Economics of Copyright: A Guide for Students and Teachers, ed. R. Watt (Edward Elgar, 2014).
0
Back to News