The 22 billion people that have lived in the last 200 years would have been pretty jealous of how we live today. That is according to a new comprehensive report by data researcher Max Roser and his team at Oxford university. The report shows that the world is without a doubt getting better. In what has become a long post-truth year with some fake news thrown in it’s easy to become misanthropic about where the world is heading which is why statistics remain so important.

It’s clear that we must not become complacent and that there are still a lot of obstacles to overcome however the report is concise in its evidence. From poverty to literacy to health, all data shows that quality of life has increased dramatically everywhere.

A 7-fold increase in the world population would have been enough to drive everyone into extreme poverty. Yet, the exact opposite happened. In a short span of time maybe 100 years, productivity has increased immensely, weekly working hours have dropped and all round quality of life has changed. Economic growth became the tide that rose all boats essentially effectively changing the way cities developed.

As the report states clearly, “Unfortunately the media is overly obsessed with reporting single events and with things that go wrong and does not nearly pay enough attention to the slow developments that reshape our world.” Every single day 130,000 people climb out of poverty. That in itself is astonishing.

Some of the key findings are as follows:

Global life expectancy doubled just over the last hundred years. But surprisingly fertility rates are dropping worldwide this is due to infant mortality dropping. When women realise this they tend to have fewer children this is called the demographic transition.

Even though the global population has quadrupled over the course of the 20th century, the report states that it will not double anymore over the course of this century. There will never be more children on the planet than today and that by 2100 projections show that there will be almost no one without formal education.  So to conclude everyone keep your chin up, it certainly ain’t as bad as the media claim it to be.

Here are those finding visually profiled: 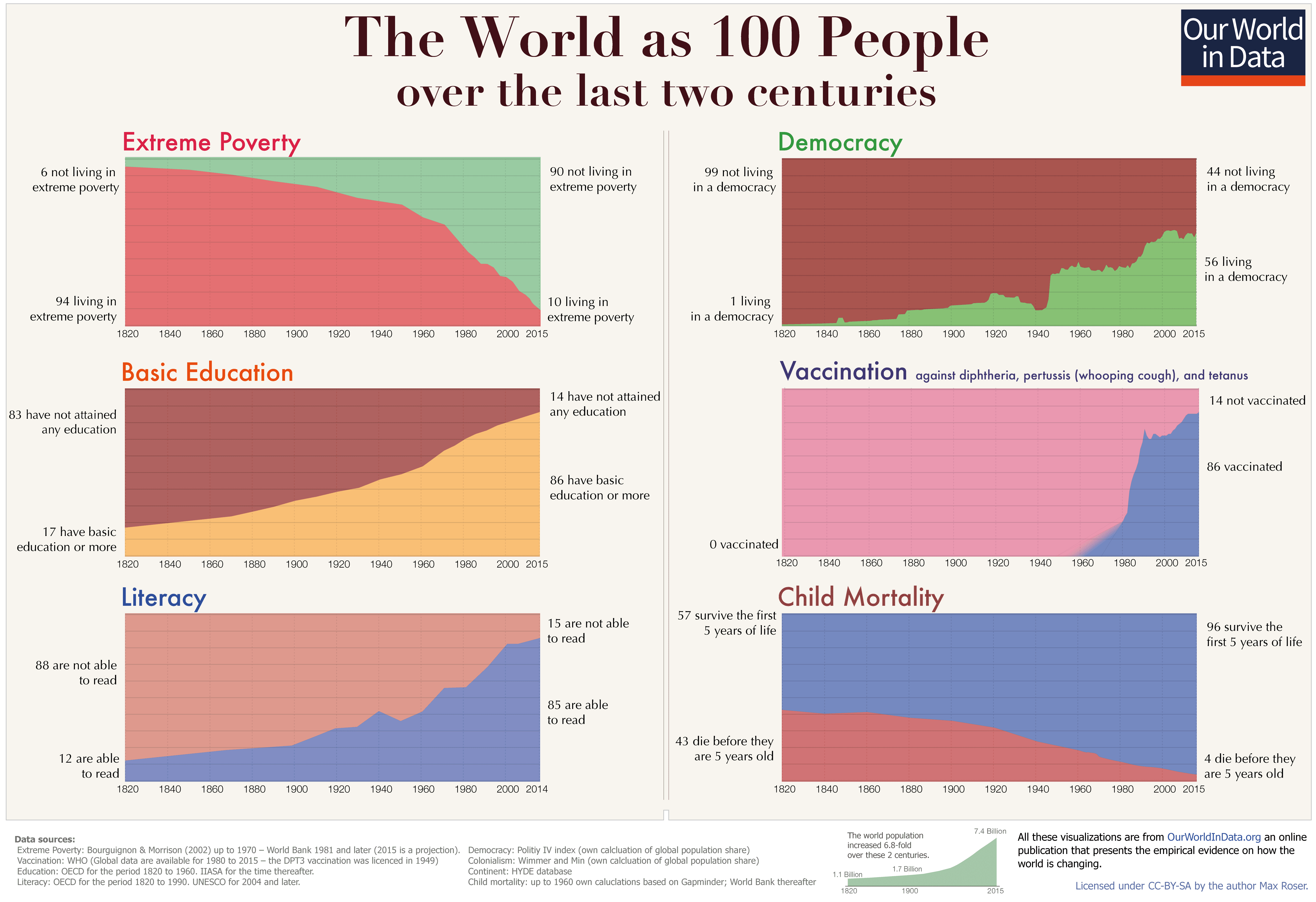