Over half of the world’s 7 billion people live in urban areas and yet we are apparently witnessing a loneliness epidemic, with some reports estimating that up to one in three over 65s in Britain and the United States live alone.We are also spending less time interacting with strangers, something that American writer Kio Stark argues is crucial to our health and happiness.

Kio Stark studies the positive impact of regularly opening up to strangers. In her most recently released book, When Strangers Meet, Kio outlines how these beautiful interruptions can change us, and the world we share. We sat down with Kio to find out what meeting a stranger meant centuries ago and why we should still be doing it. 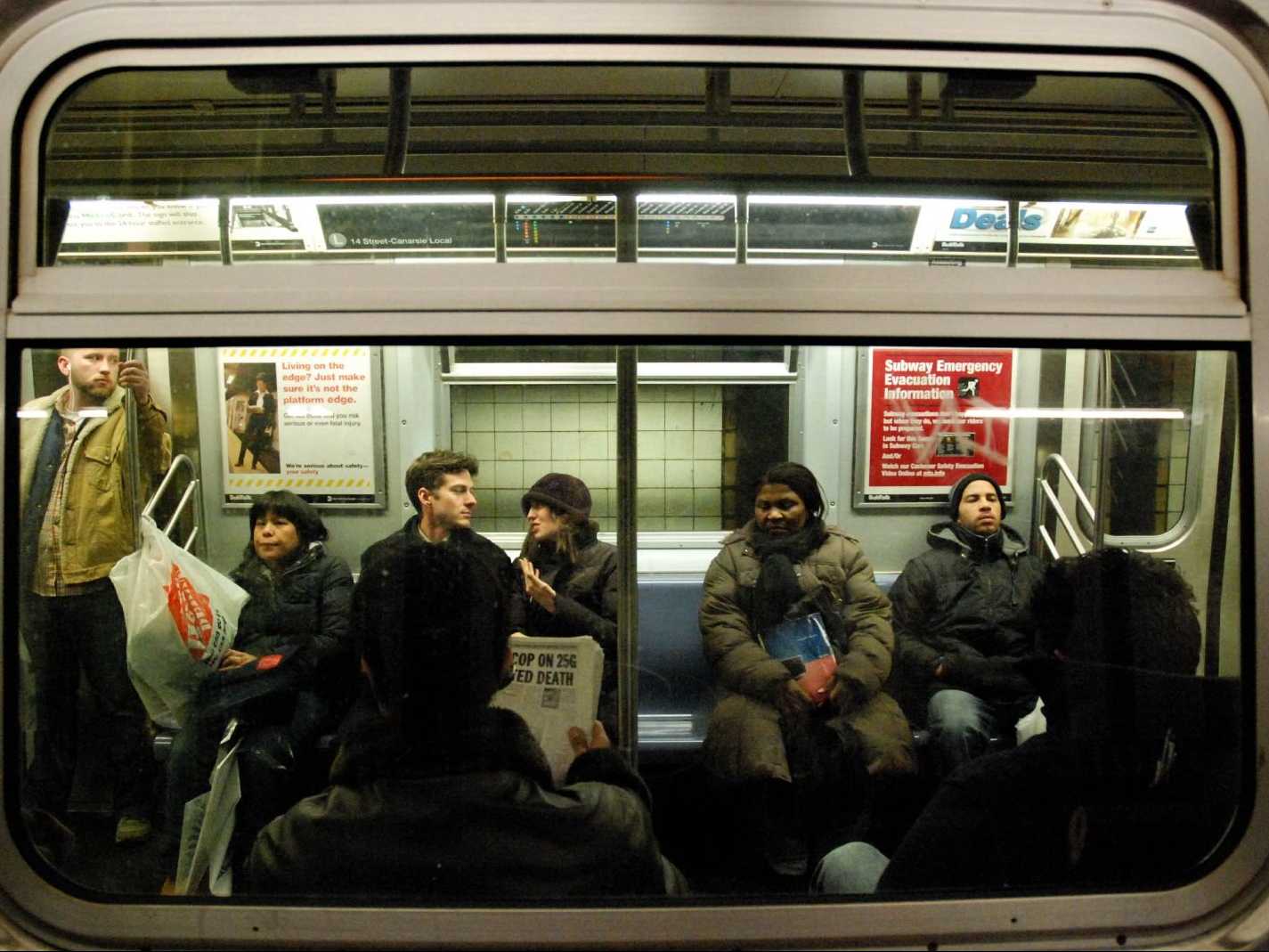 In the pre-modern era, people didn’t really encounter strangers. It was an event when you encountered a stranger. It was while travelling, or in the market place. It was a fraught situation in terms of danger and possibility. Strangers might bring new goods, new ideas, words from the king, anything.

Then later we have people moving into the cities. Before industrialisation things were more or less organised. People knew how to meet other people. It was through letters of introduction, there were conventions about speaking to other people in public. Then you get a massive immigration from the country side of people who have come to work in the factories and it gets very confusing. So the whole idea of how strangers are interacting becomes really interesting at that point.

You’ve said that people are much more willing to divulge a story to a stranger than to someone they are very familiar with. Why do you think that is?
There are a number of reasons and some of them are common sense and some are more complex. It’s all been studied to one degree or another. Disclosure is highly mutual. The interesting thing is that it works the same way between intimate and strangers. So there have been studies about how it works with friends and romantic couples, versus how it works between strangers and it’s the same logic. If one person opens up emotionally, it’s like clockwork that the other person will do it to. It kind of creates a space. Once someone starts to speak about something personal it feels safer, I think it also feels like suddenly no one else is there. When you start to talk about emotional stuff there’s this feeling that it’s just you and this person. Most people, when they get into that kind of conversation, start aligning their bodies unconsciously and synchronising their movements and that encourages disclosure even more. I talk about in the book how I found this incredible study in an academic book called police studies that was guidance for police interrogators. It was study of several of the best interrogators and how they were intentionally doing all if this physical synchronicity, and disclosure. They were telling stories to the person they were trying to elicit stories from and that was radically successful. 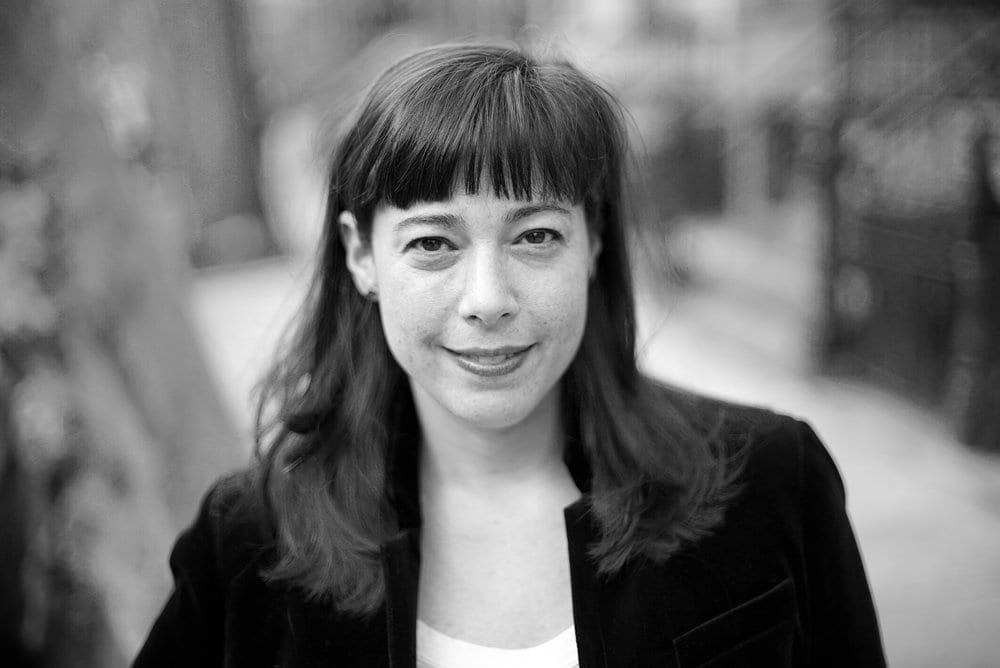 Do you think there’s a kind of nuanced conversation that’s going on even before you strike up the actual conversation with someone?

I do. I mean I hadn’t thought about it exactly as a conversation but there is a lot of information that we give off, and you can think of that as mutual. We sometimes make erroneous judgements but in general we’re actually all pretty good at perceiving other people and is a skill that we can hone by paying more attention. When two people actually say hello to each other they have already made a lot of assumptions, many of which are probably correct.

That’s so interesting because recently I feel like the assumptions I make are incorrect. I’ll make a judgement about someone and then get talking to them and change my whole opinion.

Yeah I feel the same. So let me modify that. Mostly our assumptions turn out to be correct, so there’s a pleasure in getting it right. Then there’s an even greater pleasure when you get it wrong and suddenly see all the assumptions you made, like, oh it was the magazine she was reading, or she had pink hair, or he was wearing a suit, any of those kind of things. So as long as your misreading hasn’t endangered you or put you in a really unpleasant situation then it’s a playful thing, and you’re learning, and catching yourself making wrong assumptions or being closed minded.

So one of the things that you said that I found really fascinating was that we use the dog or the baby as a social conduit to a person.

Yes, that’s what my research suggests. We are really eager for these connections. In cities it’s one way and in suburbs it’s another. In the suburbs you’re cut off in a lot of ways, but in cities you’re just overwhelmed, and this is a narrative about cities at least from the early 1900s. We cut ourselves off in order to have some mental and emotional space. But then we also want to get out of that and feel like we’re in the world.

So tell us a little bit about the health factors involved in opening up to strangers.

We live pretty disconnectedly and there’s a tremendous loneliness to people’s lives in cities. Some of that is because they are relatively isolated, but even people who have lots of friends and lots of connections, there’s something about the urban experience that can be very lonely. I think that making these fleeting connections have nothing to do with making friends, it’s about moving through the world in a way that you are among humans who are acknowledging your existence. I think that contributes to our emotional health and again there have been studies that more or less back that up. I think people should talk to strangers in the same way that they should get exercise, except its more fun and less of a chore for most of us. I think it is good for you in the same way that physical exercise is good for you.

I feel like priests used to be the therapists of our time, and now the people who can’t afford therapists just get into the cab. It’s really interesting to think about why we open up.

Yeah it’s very affirming to find out that your problems are the problems of the age and not your own weird interior grotesquery for sure. One of the reasons it’s so easy to confess to your therapist or your priest is that they’re not judging you, they are there to listen, and reflect, and help you process and even achieve forgiveness in the case of the priest. When you’re talking to a stranger you are free from judgement because they don’t know your background and if they think badly of you from what you’ve said, you don’t have to go home and live with them, or see them in the office. So that’s a very freeing situation.

When Strangers Meet: How People You Don’t Know Can Transform You is out now through TED Books.