We sat down with Yuval Noah Harari, the famed author behind Sapiens, to discuss a whole range of topics around his latest book Homo Deus, including the pitfalls of religion, the concept of suffering and where the human race is heading as a species. We wanted to know what inspires such a brilliant thinker, so we asked Harari to tell us about his favourite book, Aldous Huxleys’ 1932 sci-fi novel Brave New World.

It’s easy to see the influence of this book on Harari’s work, his own latest book Homo Deus imagines the terror of future technology if not handled correctly by humans. Written almost 100 years ago, Brave New World describes a future eerily similar to our contemporary world. 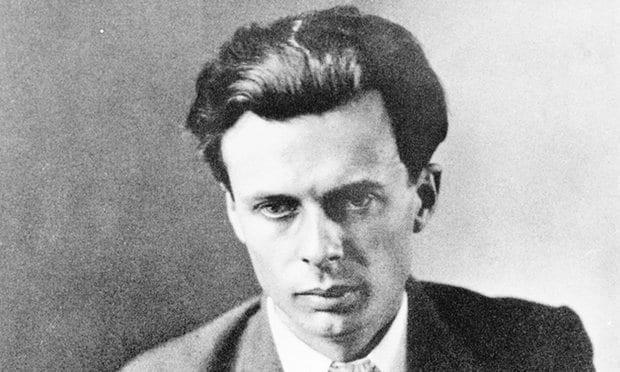 “I think Brave New World is the best science fiction book ever, definitely the most prescient. Huxley was writing in the early 1930’s with Stalin and Hitler around, but what he was envisioning our present. He did not envisage a totalitarian regime with concentration camps and all that. He envisaged a consumerist society whose supreme value is happiness, and one that tries to achieve this by constant biological intervention and monitoring.

When you read 1984 by George Orwell you know it’s a dystopia, you know it’s a horrible world. The only question is how do we prevent it from happening? So in this sense it’s not very sophisticated. It’s quite straight forward. When you read Brave New World you don’t know if it’s a utopia or a dystopia. You have the sense that something is terribly wrong in this world but you can’t put your finger on what it is because everybody is happy and satisfied all the time. The amazing thing is that when he wrote it in the 1930s everybody read it as a dystopia. When you read it today, more and more people actually think that it’s a utopia. Looking at our present trajectory we are on the way to Brave New World.”