It’s incredibly strange when you think about it. However, it’s nice to see it laid out in such empirical terms through Lisa Feldman Barrett’s ingenious work. A rigorous explorer of the brain, she is a distinguished professor at Northeastern University, among the top one per cent most cited scientists in the world for her revolutionary research in psychology and neuroscience.

Two books have brought her widespread acclaim, her 2017 book, How Emotions Are Made which laid out the theory that emotions have no more intrinsic value than say a nation-state or the currency you possess printed on paper. That emotions are merely just another fabricated narrative that we as humans hang onto so potently.
In 2020, she followed this up with another challenging assertion in her masterfully small but insightful guidebook, Seven and a Half Lessons About the Brain. She challenged us to overturn centuries of assumptions about the brain’s evolution, one that postulated its sole evolutionary function was to think. This, she asserts is not the case, much the very opposite, rather its function to this very day is to calculate and manage the energy tradeoffs that our bodies are making day in and day out, makes sense, right?

If only we could really listen to the counter-intuitive wisdom found in Feldman Barrett’s profoundly important work, then we might not be walking around the Savannah holding ourselves to such high regard. This is a profoundly important discussion which again reminds us of our earnest place in the world.

Don’t forget to subscribe to the 52 Insights podcast here

Here are some highlights from this interview:

Our brains on groupthink: “I’m not saying everyone has their own reality, social reality depends on a group of people agreeing, what’s happening in the United States and probably in England with Brexit, in Poland and in other countries where there’s rising nationalism, is that there are two separate social realities that are, I would say metaphorically at war. But it might not be metaphorical, we just saw people literally storm the halls of congress in the United States so the war may not be so metaphorical anymore, but what’s happening here is that there are different groups of people who have their own collective agreement, one group and another group.
This group collectively agrees on something, but they don’t agree with each other. This is what happens when you have a revolution or real strife when you have large groups of people who have different social realities.”

On our own egos: “To use the phrasing of Henry Gee who is a palaeontologist who actually is an editor of Nature, the magazine, he wrote a fantastic book called the Accidental Species – he says evolution did not aim itself towards us, we aren’t the pinnacle of everything except perhaps in our own minds. Thinking of ourselves as the pinnacle of anything really is not helpful because it masks the things that we have in common with other animals that are really important to us understanding how we ourselves function.” 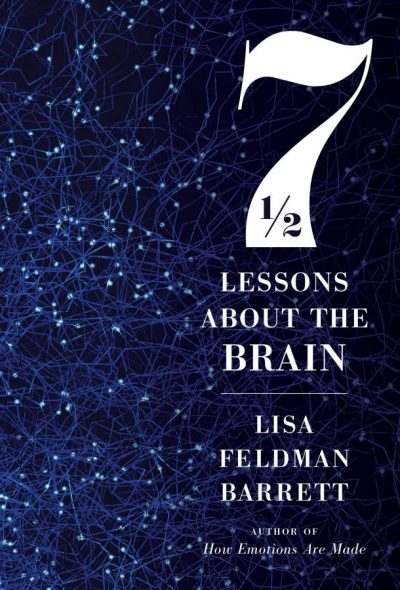 Seven and a Half Lessons About the Brain is out on March 4th on Picador.

Metazoa: Animal Minds and the Birth of Consciousness by Peter Godfrey-Smith

The Accidental Species: Misunderstandings of Human Evolution by Henry Gee