If Alex Tapscott is right, we’re headed for another major technology disruption. It’s called the Blockchain revolution and it could turn several industries on their heads.
It’s being touted as a new type of peer-to-peer data technology, one which can act as a public ledger, and will be used to enable any kind of transaction, in the retail, financial or even creative sectors. And this isn’t a passing trend. The World Economic Forum predicts that, within a decade, 10% of global GDP could be stored on blockchains.
The key to the blockchain revolution is that it serves to cut out intermediaries across the globe, making transactions cost a fraction of what they do today.

In this Blockchain process, anyone in theory can connect to the ledger, have their info encrypted, tagged and traded, ultimately creating new level of transparency and safety. The public ledger was mysteriously created and defined in a 2008 paper by a person only known as Satoshi Nakamoto. Since then it has spawned a whole new industry that is mostly associated with the term bitcoin.

Chartered financial analyst Alex Tapscott and his best-selling author father Don Tapscott have been praising this new revolution as part of their book, Blockchain Revolution: How the Technology Behind Bitcoin Is Changing Money, Business and the World.

We caught up with Alex to find out why this revolution is being titled the second generation of the internet. 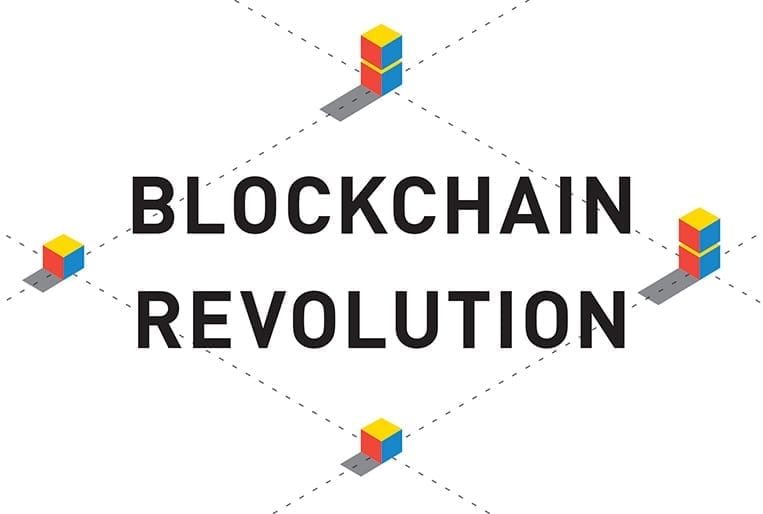 You call this the second generation of the Internet. Could you explain what you mean by this for our readers?

The first generation of the internet brought us the “internet of information” – a publishing platform that allowed us to share, collaborate, and move information to people all around the world. The second generation of the internet – powered by blockchain technology – allows us to establish trust between two or more parties without the need for an intermediary like a bank, government or big technology company, and to move, manage, and store value securely on a distributed platform. We call this the “internet of value” – The first digital medium for money and value.

One of the things that I feel is holding back the Blockchain revolution is simply understanding it. It seems very complex. Would you agree?

Yes, Don and I wrote Blockchain Revolution with the aim of bringing everyone to a reputable level of understanding the technology, thus educating people on its promise and potential. As Blythe Masters, CEO of Digital Asset Holdings said, “If ever there was a subject in need of demystification, blockchain is it. And the Tapscotts have done what many thought would be impossible- explain blockchain!”

Whilst in theory this all sounds great, in the real world the internet isn’t “ours” anymore and most of the decentralisation that was embraced has now filtered to a small group, Google, Apple etc. So why wouldn’t the same happen to this financial revolution?

There’s no reason to suggest that powerful forces won’t try to usurp this new technology. Indeed, leaders of the old paradigm are often hostile to the new. However, blockchain technology is inherently open, distributed, resilient and hard to centralize, all features that make it more likely to fulfill its potential. But technology doesn’t solve problems or create prosperity, people do, which is why the industry needs the right leadership.

How do we get the right leadership into this discussion?

There is a nascent governance network emerging to address the many challenges this new industry faces. Indeed, there are many people and organizations working on this very thing.  To name but a few: Perianne Boring and the Chamber of Digital Commerce, Jamie Smith and the Bitfury Group, Tomicah Tilleman and the NewAmerica Team are all working on framing the conversation to policymakers, technology advocates, and politicians to ensure that the revolution reaches its full potential. We see the potential, and have made it our aim to see it through.

How do we protect jobs from this doomsday scenario related to automation?

Is Blockchain a job killer, you mean? The answer to that is, of course, it’s complicated. On one hand, many organizations will find they can do more with fewer people and that could mean dislocation and job loss – consider long-haul truck driving, the #1 job for males in more than half the lower 48 states. With autonomous vehicles and blockchain based logistics and transit applications, those people will be out of work. The flip side is that blockchain lowers barriers for individuals to start businesses or get fairly compensated for the value they create. The goal is not to protect against job loss, but ensure when creative destruction happens and the economy moves forward, that there is a safety net to catch, retrain, and redeploy displaced workers. 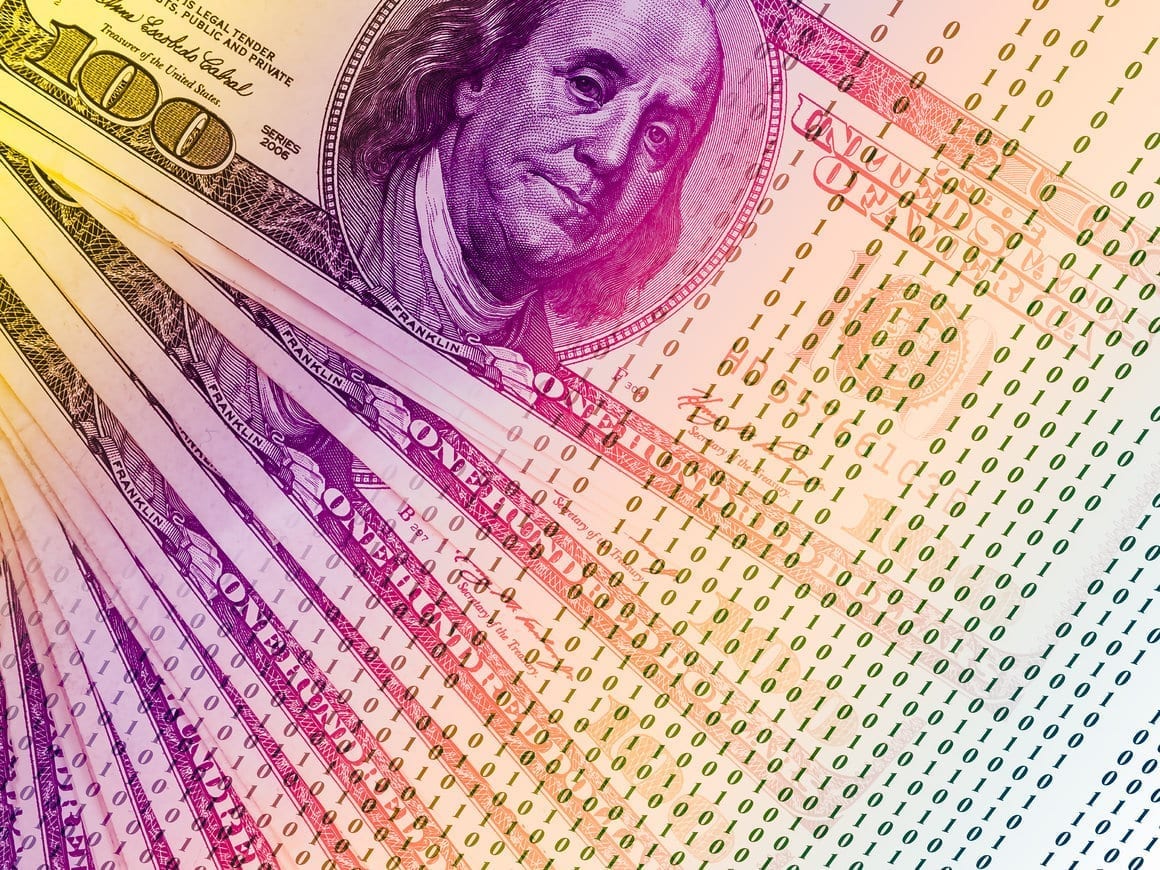 It’s complicated for sure. As a general principle, Intermediaries who have sat in the middle of transactions and collected fees simply because they have “always been there,” stand to be dis-intermediated. Those intermediaries that add value – Originators of new digital assets, banks that provide access to credit, credit card networks like VISA who offer credit protection and many loyalty programs, stand to do much better – and maybe even much more with this technology.

Can this new system mitigate or take out the emotion and recklessness of future financial crashes?

Yes. If transactions in financial assets clear and settle instantly, then we can reduce settlement risk, counterparty risk and systemic risk from financial markets. Moreover, if many transactions are self-executing using smart contracts, we could reduce principal/agent problems and other forms of moral hazard from markets.

One of the things we’re seeing a lot of is unrest by older traditional companies, banks vs. Transferwise, cab companies vs. Uber, hotels vs. Airbnb etc. will there be genuine unease and unrest in the markets if we see some markets disappear because of this revolution?

There will always be disruption in the case of new technologies. Older traditional companies will have to take a hard look at their practices, and reassess if those practices have a place in the blockchain economy. If not, they stand to be left behind. Business leaders need to be asking themselves –  do I want to disrupt my own business from within or wait for someone else to do it first? I think the latter, however painful short term, is the right strategy.

Blockchain is taking root in the developing world. Just as the developing world leap-frogged landlines and went straight to mobile, so too will they leapfrog traditional financial services and go straight to blockchain. There are several companies, such as Abra and Paycase, that are implementing remittance infrastructure to help with frictionless payments from the global diaspora to their families in developing countries. The developing world sees this as an opportunity to secure their assets easily – whether that only be the title to their land or their livestock. This becomes the future of global prosperity.
Blockchain can enable prosperity for the global economy, not just the chosen few. We believe that the second generation of the Internet can help the rising tide of technology to truly “lift all boats.” There are many companies like Abra (but also Paycase and others) that are striving to bring the 2 billion unbanked people in the world into the global economy, or working to use blockchain to monitor the distribution of humanitarian aid.

Anything that is digital brings out issues of hacks, no matter how safe it is. What’s to stop a rupture in the system and someone taking billions of dollars from individuals? And how would we compensate?

As stated previously, the nature of blockchain provides an element of trust – nothing is entirely secure, but blockchain is significantly more secure than any centralized server we have now. In any of the reported “blockchain” hacks, it was always the app that was hacked, not underlying technology itself. There are definitely some bugs to work out, but we like to see these as “Implementation Challenges” rather than “Reasons that blockchain technology is a bad idea.”

What other industries do you see becoming decentralised and remodeled?

Every single one. In Blockchain Revolution we studied 7 industries that stand to change due to the advancement of Blockchain technology, and they touch nearly every facet of our daily life. Maybe you’re a rights creator who wants to be fairly compensated for the value you create. Maybe you yearn to bring the unbanked 1 billion into the global economy, giving them access to financial services to move, store, and manage their assets safely and securely. Maybe you simply want to see a fairer and more prosperous world for all. In any case, the Blockchain Revolution is ours for the taking, and we have the once-in-a-generation opportunity to make this revolution into a reality, if we will it.